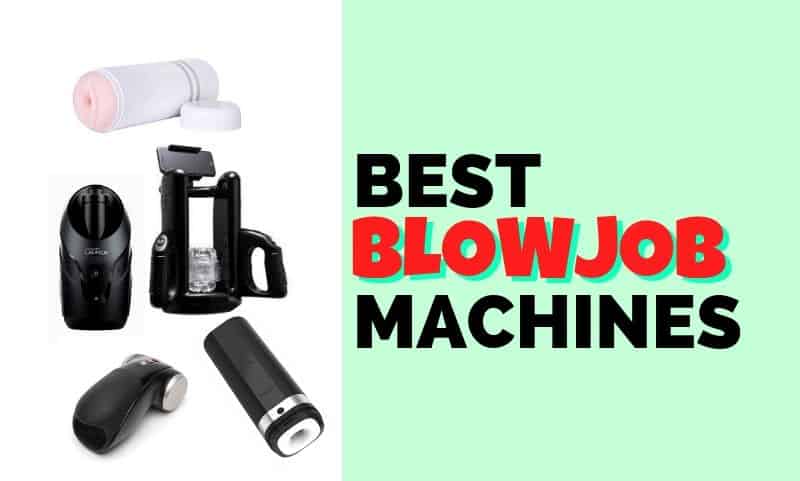 Sore necks and improper technique can complicate things in the long run, and sex toys are still pretty bad at replicating the sensations, right?

Much like some robots I know, they are much more than meets the eye.

The following toys are the best cock sucking machines that I’ve had the pleasure of testing for myself.

Now, let me break down each of these individual toys in detail.

Choosing my favorite toy on this least was an easy choice, once I tell you about the years of development that went into making Autoblow the rising star of the sex toy industry I’m sure you’ll agree!

Well, that’s exactly what the Autoblow AI has accomplished.

There are some things you just aren’t going to get at our technology level, like the feeling & dexterity of a tongue and the warm wetness of a mouth. Onyx 2 showed me that there are some ways around these limitations.

All of the links included in this post to the Kiiroo Onyx are discount links that will automatically apply a 10% off coupon at the checkout of Kiiroo.com – click here to redeem!

I knew it had a place in my Tug Arsenal once I felt it in action. It’s legitimately completely automated, all it involves is holding the unit in place (not unlike how one might hold say, the back of a head) and pressing the right buttons. The rings inside push in and out on the Fleshlight sleeve inside (thank God for crossovers!) in I’m not even sure how many different patterns, but there’s a lot!

All in all, it makes for a good mixture of tightness, sensation, and tilt-your-head back fun. For those who are so inclined, it can even be synced up to certain properly formatted explicit videos. I’m known to run a few simulations from time to time, to keep my reflexes up. 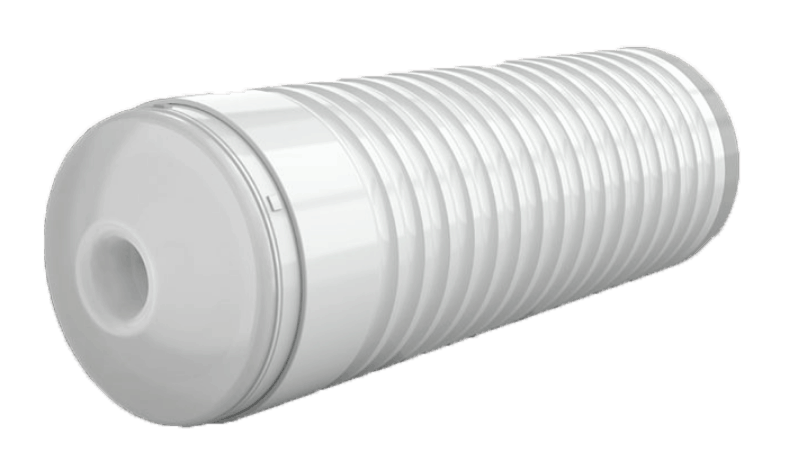 Even someone as capable as me, Tugger, sometimes needs a good sidekick to make the job easier and maybe even learn a few things along the way.

If the Lovense Max 2 were a real girl, she’d win the position in a heartbeat. I don’t know if that has some nasty implications, but within the superhero world just about everybody has had a fling with their sidekick, we have office romances too, you know. It did make for some awkward moments at the Justice League, I’ll tell you that much.

There’s not much that you won’t have seen or heard of before if you appreciate tugging as much as I do, except for one little detail. Along the side of the housing of the Max are air pumps that can be inflated & deflated at will to apply pressure onto the penis in a way I’ve never seen before in a toy.

#4 – The Launch by Fleshlight 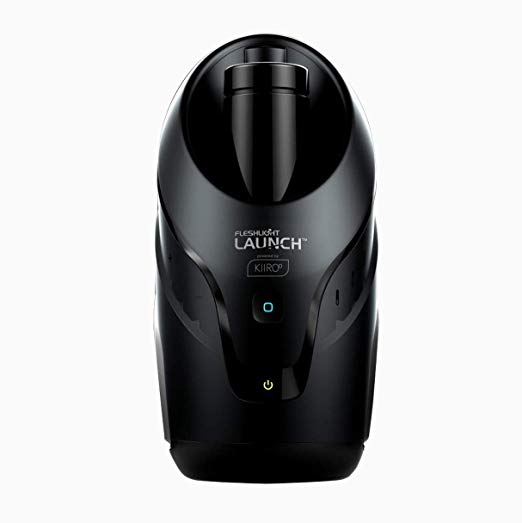 It predates the Quickshot Launch by some years now and is made with technology from Kiiroo (the Onyx 2 people) for what at the time was one of the first worthwhile automatic masturbatory experiences. Shaped like a futuristic football and now compatible with just about any Fleshlight out there, it’s saved me hundreds in IcyHot lotion for a sprained wrist (super-strength has its pitfalls, okay?) but now it is more of an antique than anything else.

For me it’s like my first bicycle, I don’t see much of it anymore, but it will always hold a special place in my heart.

#5 – The Quickshot Launch by Fleshlight

Last but not least on this list of cock sucking machines is the Quickshot Launch.

This thing has Tugbro written all over it! Just look at the thing! Two big beefy spaceship handles to control the action and automatic, customized tugging? There’s no way I wasn’t going to at least stop for a look during my daring adventures to see if this toy would pass muster.

The earlier two options are interesting in their own right, but the Quickshot Launch is what I reach for when friction is the aim of the game and I’d rather not do any of the tugging myself. All it takes is a flick of the wrist and the insertion of a Quickshot (it’s like a mini Fleshlight with two open ends) and away you go.

Of course, there’s no suction or other blowjob-like characteristics, but the ability to focus sensation on the glans, shaft, or base and fine-tune the strokes between 1-4 strokes a second makes the Quickshot Launch a total homerun. 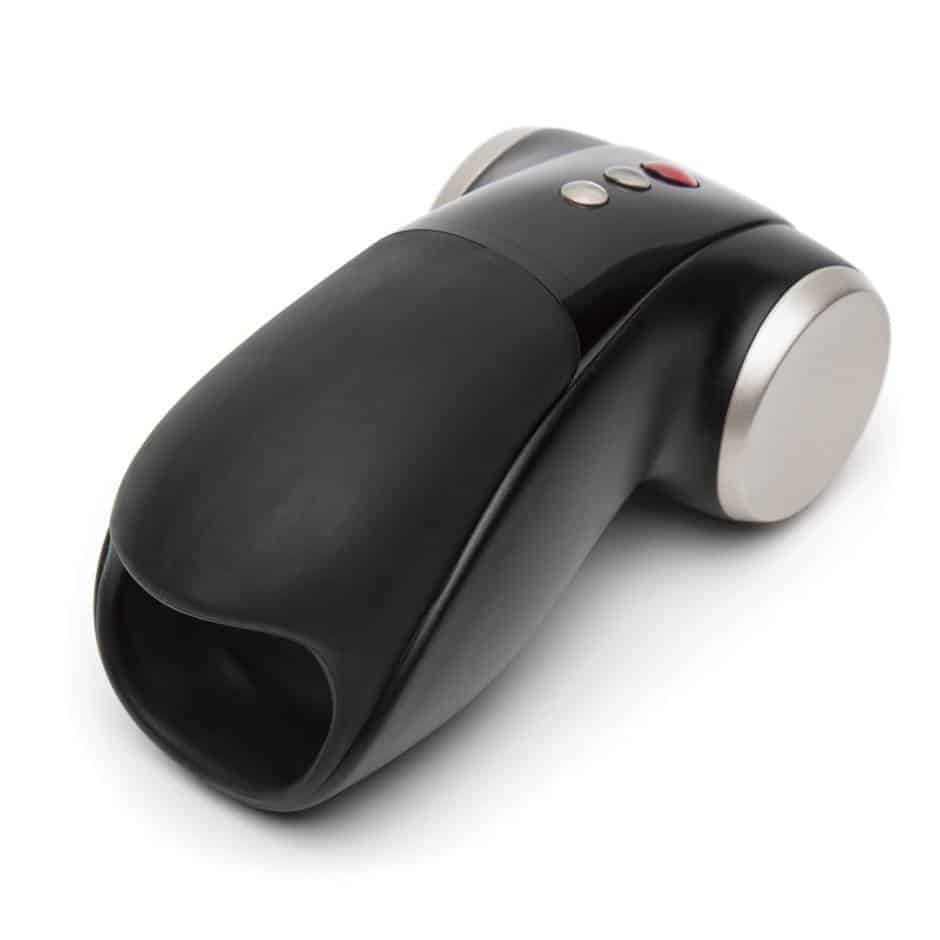 I actually hadn’t thought about it one bit until I stumbled onto this toy: I can’t think of any toy that tries to be a headhunter and give some love exclusively to the tip of the penis.

So much to the delight of my rather neglected knob in came the Cobra Libre II. Don’t let pictures fool you, this thing is absolutely tiny with just enough room for the tip and a bit of Tug Fluid.

Those with the benefit of still having a frenulum (banjo string) have access to some mind-bending stimulation. In the wrong hands, this thing could compel a man to say his deepest, darkest secrets. I make sure to use mine frequently enough to keep myself acclimated should I ever become captured, and maybe for some personal reasons as well.

Well my fellow Tug Bro’s, that’s all I have for you today.