Like I said in the previous article, while these options will most definitely work at getting you off if you’re in a pinch and if you have the right viewing material.

That being said, I always urge readers that if you’ve never actually tried a Fleshlight or haven’t considered spending the money and investing in a male masturbator –

You will not experience anything like it until you try it. 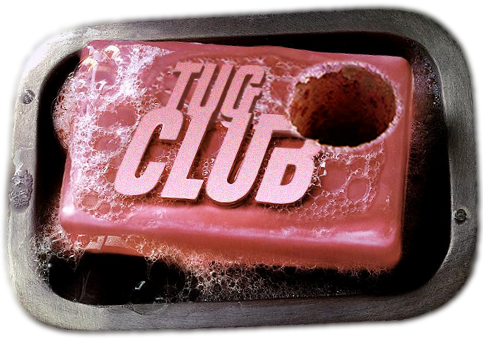 The first rule of ‘Tug Club’; If you can make a hole in it, there’s a pretty good chance you can stick your dick in it. And if that thing happens to be wet and slippery … It’s party time!

You’ve probably used soap to jerk off with already. A lot of guys first start jerking off in the shower and subsequently spend many hours in there (a day) slowly draining the planets water supplies. If your shower time runs over 10 minutes, you can bet your life your parents knew what you were doing in there.
Amateur wankers often use soap as a lubricant in the shower, though it’s not recommended often because when that stuff gets in your urethra it can burn like hot sauce.

1. Get your own bar of soap (you didn’t really want anyone else using it after you did you?) – the larger the better.

2. Drill a hole through the middle of it. It’s up to you how you do this. A pen works fine to push a small hole through, an apple corer is also good for the initial hole. Make the hole just big enough to push your penis through. Too small is better than too big – for obvious reasons! You don’t hear anyone bragging about sleeping with a chick so loose you couldn’t even feel the sides.

3. Wet the soap and jerk away. The soap hole gives the sensation of lips moving up and down your dick.

Bonus: You’ll have one hell of a clean dick.

Ok, so the toilet roll has been covered (and filled) before. But just to recap:

Note: this is one of the most readily available and basic homemade sex toys for guys, but it isn’t the most comfortable. Cardboard tubes aren’t soft or built to fit a penis by design (get to work toilet roll companies!). But there is a bonus tip for added effect. 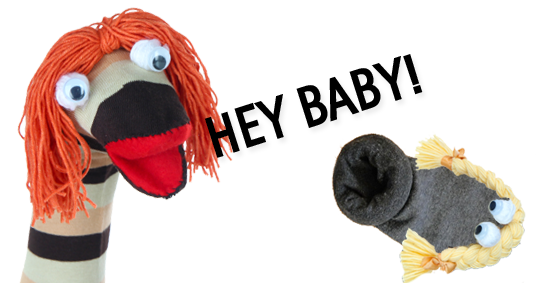 Another classic – socks have taken a beating over the years from being involved in men beating with them or using them to deposit in after a good beating when running to the bathroom to empty a load is too much work.

LIFE TIP: Stay clear of teenage boys sock drawers. That smell when you walk into a teens room?… It’s not B.O. (not all of it anyway) .. it’s the sock drawer. Now that you’ve lost your boner, let’s get to work:

If you’re not one of the gifted few who have either the length or flexibility to be able to reach your own dong with your mouth, relax. This homemade sex toy should solve the problem. Note: proceed with some caution to avoid injury.

1. Head to your local hardware store and grab yourself a length of PVC pipe insulation. There are a number of thicknesses, so find one that will fit your penis. It should also be tight enough that air will not leak out. TIP: Probably don’t try out the sizes in store. Take a guesstimate.

2. Cut the pipe to a length long enough to fit your penis AND reach your mouth at the same time.

3. Lube the inside of the pipe on the end you’ll insert your penis. Don’t lube the other end unless you want a mouth full of lube.

4. Insert your penis and start pumping. Try thrusting your hips rather than moving the pipe up and down.

If you’re on really good terms with your best mate, invite him around and suck on each other’s pipes… it’s not gay if your lips don’t touch each others dicks right?

5. The Bubble-Wrap (Pig In A Blanket)

As the great Weird Al said in White and Nerdy – ‘Spend my nights with a roll of bubble wrap, Pop-pop! Hope no one sees me get freaky!’

Bubble wrap is one of the more interesting textural experiences as far as homemade sex toys for men go. Amateur ‘wrapper’s’ begin here:

1. Get yourself a roll of bubble wrap. They are incredibly cheap at any good stationery or postal supplies store. Or grab and a decent sized bit of bubble wrap laying around the house.

2. Roll it into a tube (if it isn’t already) big enough to fit your penis into. Roll it so the bubbles are on the inside. The bubbles provide an interesting texture for your textural connoisseur cock.

4. Squirt lubricant into the bubble wrap, insert your penis and jerk away.

The towel doubles as instant clean up. Try putting your towel & bubble wrap pussy between couch cushions, pillows or between the mattress for hands-free fun.

Once you’re done porking your roll of bubble wrap, you have the added bonus of being able to pop the bubbles afterward. Hours of fun.

So, there we have it. 5 more choices – other than left or right – for your masturbatory menu.

If you haven’t read Part 1 of this article, here are 5 more methods.

Like I said above, consider investing in a Fleshlight from the official Fleshlight store. They’re really not that expensive, the cheapest fleshlight retails for $34.99.

I promise you that it will be a more than “satisfying” investment.

If you do decide to give one a shot, send me an email and tell me about whether it was worth it or not!