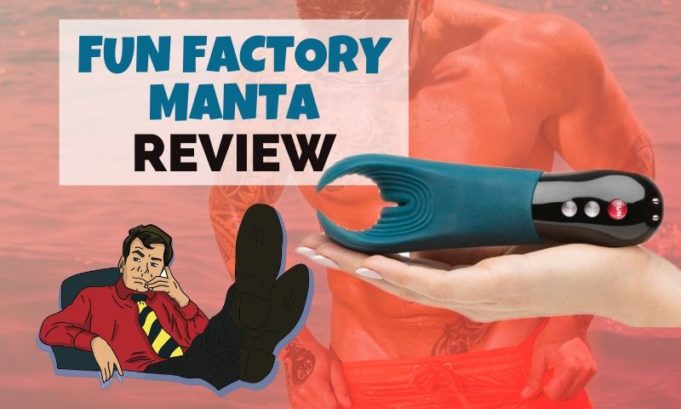 If you’ve been riding the tug-train with Tugger Cox for long enough, you know I’ve reviewed nearly every type of male sex toy from the classic Fleshlight to vibrating cock rings, all the way to super-intelligent sex robots like the vibrating twerking butt!

So, in my learned & lengthy tug-career, I’ve covered pretty much every sex toy niche you can think of… or so I thought. Until today, there seems to have been a lack of comfortable, luxury brand sex toys that don’t require you to take out a second mortgage on your house to be able to afford…

Now you’re probably thinking that a sex toy like the Manta which offers the whole package would be wildly expensive. But oddly enough, it retails for less than a standard Fleshlight! With all those titillating facts in mind, let’s get into the review!

What Is The Vibrating Manta Stroker?

Today’s sex toy review is something entirely different, I’ve watched as sex toy companies try to close in on any & every gimmick in the book. But it seems they’ve neglected a demographic that’s so painfully obvious – the everyman who’s got simple tastes and just wants a comfortable, affordable & versatile sex toy!

It sounds silly, I know. You can find male sex toys that are comfortable & versatile enough, but they’re often accompanied by some lame gimmick, and usually way overpriced. All they needed to do was develop a sex toy with a simple, sleek, comfortable design – make it affordable & multi-use and bam! You’ve got a sex toy that works for everybody, that’s not too much to ask, is it?… 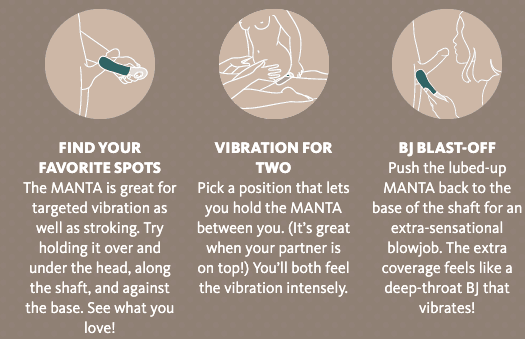 The Manta sells for less than a traditional Fleshlight! And while we adore Fleshlight and all the work they’ve done for TugBro’s worldwide, they really aren’t ideal for couples, and their relatively short shelf life makes them feel a lot more disposable than a luxury sex toy should.

The Manta, however, is made of solid material meant to last a lifetime and can be cleaned with ease to extend its shelf life even further. It’s even got ridges/bumps that hold lube which helps your tugger glide in & out comfortably & easily. 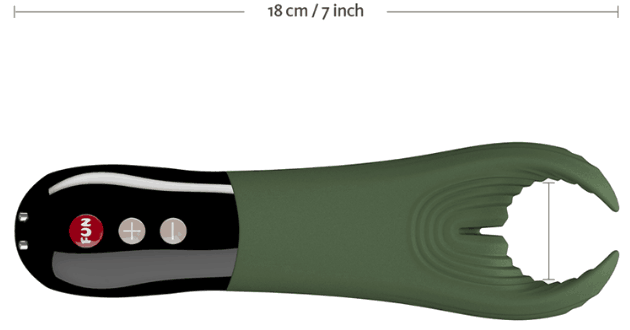 Now that we’ve discussed what the Manta Stroker is all about, I want to touch on some of the specific features that I think make the Manta a must-have for any respectable TugBro.

One of the concepts that stood out to me the most was the fact that Manta can be used during intercourse as a sort of attachment to be used for stimulating your partner’s clit/prostate.

That’s right, Manta can literally be used as a robotic attachment to your shaft!

Choose from 12 different unique vibration settings at the push of a button. Each offers its own unique sensations, adjust the vibration to your desired intensity with Manta’s simplified three touch button system!

A common issue I’ve seen with automatic sex toys is their short battery life, constantly needing to be charged or have its batteries replaced. Somehow, Fun Factory designed manta to be able to charge itself… seriously!

Manta comes fully equipped with its own built-in battery within the toy. Once you’re finished penetrating the Manta for one session, simply press the charge button and next time you feel like playing, it’ll have charged up to 100% all on its own!

Never scramble for a charger or pay for new batteries ever again, Manta makes the entire process of owning/operating an electric sex toy as easy as pie!

The ridges on each “wing” of the manta are meant to hold and evenly distribute sex toy lubricant into the interior of the toy! One drop is all you need, the Manta does the rest of the work for you. This helps ensure that the toy always feels slick & smooth for maximum pleasure.

The Manta’s iconic wings aren’t just for show. Aside from catching lube, their thin shape allows you to control the vibration sensations even further for you or your sexual partner. 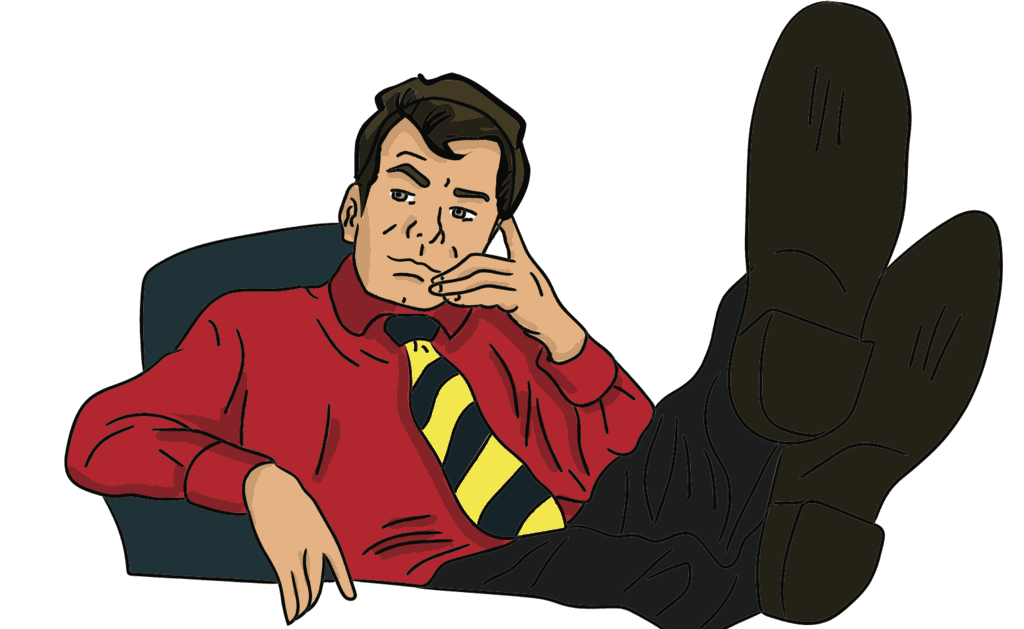 I have to say, I am completely blown away by this all-inclusive toy. There’s seriously something for everyone here. An ergonomic mutual vibration machine for couples, an intricately designed pocket pussy for TugBros who plan on going solo, and a self-charging system & simplified controls for… everyone!

It’s truly a fitting toy for the new generation of TugBros across the globe! If you’re going to have only one toy in your sex toy arsenal, this is the one that’ll last you for years of sexual escapades & tug-sessions to come!