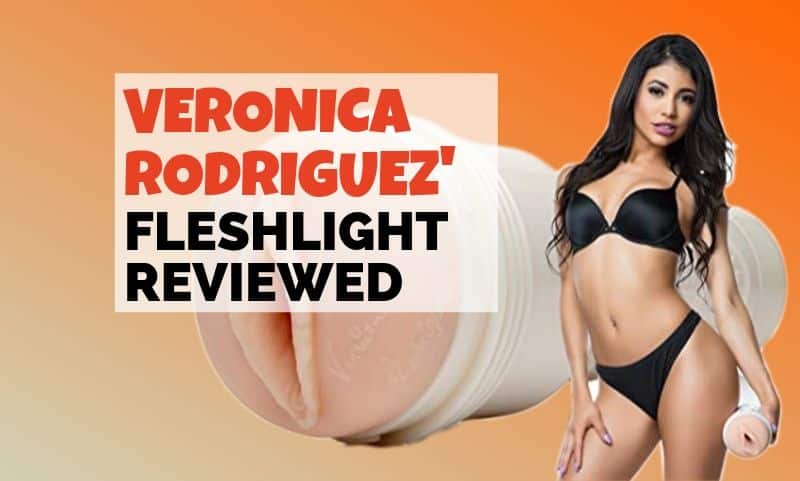 Of all the Fleshlights we now have available, this toy stands out simply because it’s as fiery as the babe it’s modeled after!

Everyone has a preference when it comes to the “tools” they use to get the job done, but to date, I haven’t heard anyone describe Veronica’s Fleshlight as anything but throbbingly good!

Rodriguez is famous for her style, one that shines with tons of lustful energy behind it.

That being said, this babe can fuck the ever-loving hell out of any stud placed in front of her with those seductive bedroom eyes alone! So, of course, everyone wanted a Fleshlight with her famous pussy on it! 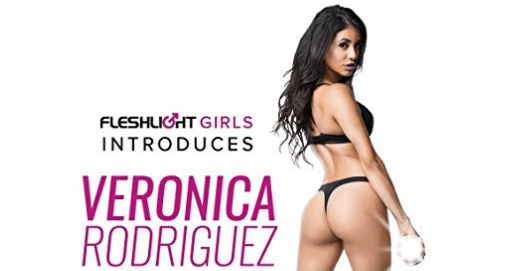 Quick side note: Fleshlight was nice enough to give us our own discount code that our readers can take advantage of to save 10% off sitewide.

Simply click the button below and use code: *TUGBRO10* at checkout for 10% off sitewide!

The Veronica Rodriguez Fleshlight starts off as all other Fleshlights do – with the model’s pussy molded and smacked at the entrance so all of you TugBro’s out there can feel like you’re putting your fun stick inside this exceptional Latina!

Alongside her delicate lips, there’s also her signature – just in case! 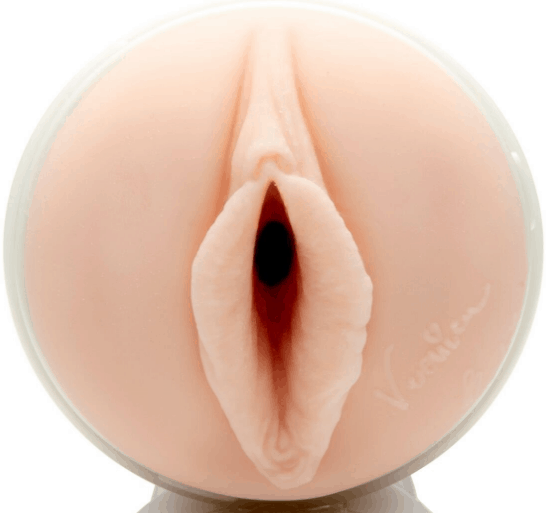 Now let’s break down what this toy looks and feels like on the inside.

The entrance is probably the tightest part of this Fleshlight. It has the “Caliente” sleeve which bears a single counterclockwise pattern throughout its 9.5-inch length.

This, of course, means that when you stick your dick inside, it’ll feel a bit more realistic than other Fleshlights as there isn’t a wide variety of textures and patterns – but don’t mistake that uniformity for dullness!

The pattern starts with expansion about half an inch after the entrance and immediately afterward, you get the first feel of pleasure nubs designed to put pressure on specific parts of your meat.

These nubs are separated by several horizontal ribs slowly rotating throughout the sleeve and guiding you to the bliss uniquely provided by single-pattern Fleshlights. There are five consecutive sets of these ribs and they’re all interjected with the nubs but one main issue is that the Fleshlight only narrows down to about 3/4 of an inch at its tightest, which is in the middle.

The Veronica Rodriguez Fleshlight can take up to 9.5 inches of man meat in it, but if you’re one of the majority that doesn’t pack a bullhorn in their pants, don’t worry! You’ll still get to feel the entire extent of this toy as it doesn’t care how big you are!

That one feature makes this Fleshlight the perfect choice for those men who have more girth than they do length!

The final bonus comes at the end – the suction cap that everyone covets makes the experience of using the Veronica Rodriguez model that much more exciting, as it literally feels and looks like her pussy is pulling you in, making you fill it up much faster than sans-cap toys!

Remember – to draw out the full potential of this toy, you’re gonna want to get some lube to go with it and what better lube to get than the original Fleshlube – it even comes in a bundle with Renewing Powder for 15% off!

Honestly… it couldn’t be easier!

The Caliente sleeve is fairly wide and you don’t really need to perform any special maintenance aside from typical Fleshlight care.

Check out our Fleshlight Cleaning Guide for more in-depth advice!

If you want to take perfect care of it though, I suggest getting the Caliente combo from Fleshlight.

Here’s what you’ll receive with the Veronica’s Caliente Combo:

Simply click the button below to redirect to the official store and use code: *TUGBRO10* at checkout for 10% off your Veronica Rodriguez Combo!

Want to know what other users had to say about it? Here’s a few user reviews I pulled from the official listing for Veronica Rodriguez’s Fleshlight:

“The Veronica Rodriguez Fleshlight is wonderful. It makes you feel as if you really had sex with her after using it. Some women find it hot to watch a man use one, too.”

“This product is of excellent quality and provides an awesome experience. I’d describe it as being a bit on the gentler side and overall a less intense texture. At least in comparison to other sleeves. That being said, this Fleshlight sleeve provides an excellent introduction to anyone trying out a Fleshlight for the first time, almost like going into the shallow end of the pool before diving immediately into the deep end. Overall, this sleeve is great especially for beginners or anyone with greater sensitivity.”

“I can’t believe how good this thing feels.”

If you’d like to see where I’ve pulled these reviews from and read even more user reviews, click the link below.

Final Thoughts/Where To Get One

Chances are, you’re one of the 90% of men that don’t pack a two-by-four in their pants.

But, even if you’re well-endowed, Veronica Rodriguez’s Fleshlight will make you feel right at home.

With its girth-accommodating sleeve and uniform pattern, this Fleshlight will make anyone feel good – even if they’re on the smaller side! The only people that may not enjoy this toy are those poor tuggers among us that pray for more girth every night.

If your meat isn’t at least an inch in diameter, you’re better off looking for a different toy but for everyone else, the Veronica Rodriguez Fleshlight comes highly recommended!

If I’ve managed to convince you to love this sleeve as much as I do, don’t forget to redeem your 10% TugBro discount with your purchase!

Simply click the button below to redirect to the official store and use code: *TUGBRO10* at checkout for 10% off your Veronica Rodriguez Fleshlight!