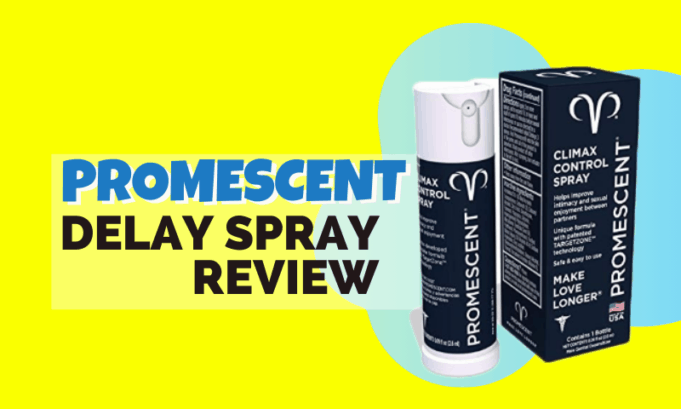 If Popeye has spinach and Super Saiyans have Senzu beans, what would Tugger and his fellow Tugbros have in their repertoire?

Promescent Climax Control Spray might just be the answer to that question.

Wish I may and wish I might, there’s always a risk of going overboard too early when it comes to tuggin’, meaning the fun is over until next time. What if I could increase that time significantly?

What Is Promescent Delay Spray?

My little travel bottle of Promescent was what got me started with this stuff. I enjoy power-ups and performance enhancers, sorry if that makes me a bad role model to the children.

A few spritzes on my junk meant lasting 30 minutes at full speed and intensity when exercising my Tug Powers.  Oddly enough this lidocaine spray doesn’t full-on numb if you only use the right amount, it is more of a reduction than an elimination. Immediately I felt more in control of my splooge switch which is intoxicating in its own right.

It’s apparently just what the doctor ordered, literally. Some penis whiz came up with this spray and managed to get it made on a mass scale, being the only delay spray that has clinical studies to back it up.

That’s what this spray does if you haven’t clued in yet, it’ll delay ejaculation. It’s a same-day fix for premature ejaculation, which is great for use in the home, car, or even if the office if you like living on the edge. Being a Tugbro doesn’t make me immune to being nervous, a few of my lady admirers still bring out a nervous impulse in me and I can’t have a reputation of being a disappointing conquest.

For those days, Promescent is firmly on my utility belt.

They plastered all over this thing about how great it is and how it’s actually backed up by clinical studies. That’s all well and good, but I had to see for myself what was going on here.

Unfortunately, I didn’t have a willing Tugette nearby, I’d be completely solo on this pleasure cruise.

After reading the instructions, it was time to go. I carefully applied two spritzes to the underside of my knob and rubbed it in. Waiting the 5-10 minutes for it to kick in was an absolute bore, that’s just what needs to go down for the sake of science, though. To be honest, I didn’t know what to expect. Tingling? A very noticeable sensation? No idea!

After the full ten minute waiting period, there was no sensation to speak of that let me know that the spray was working or that anything that really changed. It seemed that nothing but a good tug would really put it to rest whether or not this spray had the mettle to back up its serious claims.

So I begin a-tuggin’ and lo-and-behold, it definitely did change the experience entirely. It wasn’t a numbness the same way you’d expect a dentist to do, it was like that kind of intensity where you know your tug sesh is almost over was toned down to a manageable 6-7 instead of the normal 10 you’d expect it to be. Since it is only applied to a small area, most of my nerve endings were still firing at full capacity.

Well, that’s all I can say after trying this out. I was able to last a good 10-15 minutes longer than usual and to keep things PG I’ll say that cleanup was a lot more intense than usual. If I ever had an appointment where longevity was of the utmost importance, you know darn well I’d have Promescent proudly slung on my utility belt.

Be sure to head over to Promescent.com and try some for yourself. It’s really quite cost-effective!