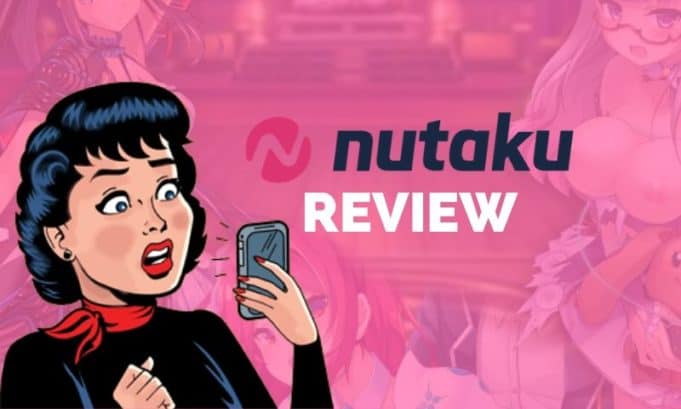 Nutaku isn’t an old site, but it’s a big one. It was founded in early 2015 with only three starting games and quickly flew past its competition through partnerships with various other prominent game developers and animation experts. This ensured Nutaku’s future simply because they now had the human resources to use all of their imagination – and they have quite a bit of it, as you can see on the home page!

Even if it is an adult-themed site, Nutaku is essentially a game site, so you’re gonna want to find something you like playing in order to enjoy it properly. To be honest, it’s probably not gonna be too hard to find amongst the 150+ games on this site. All you have to do is choose which massive, animated titties turn you on the most! Also, Nutaku has a public invitation out to all aspiring game publishers and developers to publish their sexy, animated games on their site which helps to continually enhance the variety of Nutaku games.

Nutaku has plenty of features that make it different from other websites. First of all, you can actually blow your load while playing a flash game – and not many sites offer you that unique experience. Aside from their exciting seasonal events (example above), they’ve got tons of unique features to keep you coming back again, and again!

First of all, Nutaku offers several categories of games. They have their run-of-the-mill browser games that are free to play and available online through any browser. Next, they have a mobile app as well as a mobile version of their site where you can play both iOS and Android-based games. I checked out the app and while I did find a couple of negative reviews about it online, it worked smoothly for me.

The next category of games at Nutaku consists of downloadable games. These, in contrast to the previous two tiers, are not free to play and must be purchased with real money – but the upside is that you get to keep them forever, you can install, and reinstall them at your own convenience.

The final tier of games available on this site is made up of virtual reality games. Nutaku has only published these recently and they require VR devices to play. These devices can range from the high-end HTC Vive or an Oculus Rift with touch – all the way to the google cardboard headset which will only run you around 10$ or less.

Additionally, the site has a desktop client that can be downloaded to help you play their games offline, from your computer. This way you don’t even have to access the site to fulfill all of your tuggin’ needs in a convenient fashion!

Nutaku also makes it a point to promote and create new LGBTQ+ games so they have a fully separate section for them, divided into three subsections – Gay, Lesbian, and Transgender games. Here, the site offers specialized games, but aside from six games in the Gay subsection, all of the other games are paid. Of course, it’s not just these games that require real-life money to play – all of the downloadable ones and Nutaku’s premium currency, Nutaku Gold have to be bought. Speaking of which…

Before we get into the payment options for Nutaku, I want to let you know that when you use our link (above), you can redeem your free 100 tokens upon signing up! It’s a great way of dipping your toes into Nutaku’s premium options without punishing your wallet!

As I mentioned above, most games on this site are 100% free to play. That excludes several categories, including nearly all LGBTQ+ games and virtual reality games, as well as all downloadable games. These have to be purchased with cash and the prices range from $2 to $40 per game, depending on what you wanna play. Additionally, players can purchase Nutaku Gold for real money to help them in their free games, as well as their paid games.

Nutaku has a bunch of different payment methods to choose from when paying for your gold or games. Firstly, they have all the major credit cards – Visa, MasterCard, Discover, Diner Club, and JCB. Next, they have Maestro or Paypal as alternatives. Additionally, they accept e-wallets from WeChatPay, AliPay, and UnionPay. Finally, they offer cryptocurrency as a way to pay but they haven’t listed exactly which currencies are accepted, so make sure you ask before you pay!

While the games are bought independently on the main site, Nutaku Gold is bought through a special page where you can see all of their gold packages. Let’s go over them.

It should be noted that if you’re paying with Maestro or Paypal, you’ll pay 5% more due to processing charges incurred by these two companies. That’s a dollar extra on the $20 package and $15 extra on the $300 package. Not a huge deal, but worth noting.

Is Nutaku Right For Me?

If you like laid back, non-intensive, flash-based games that make your tugger hard, then hell yeah, Nutaku is for you!

Consider this – I’m a man’s man (and what a man) and loved Nutaku enough to tell you guys about it!