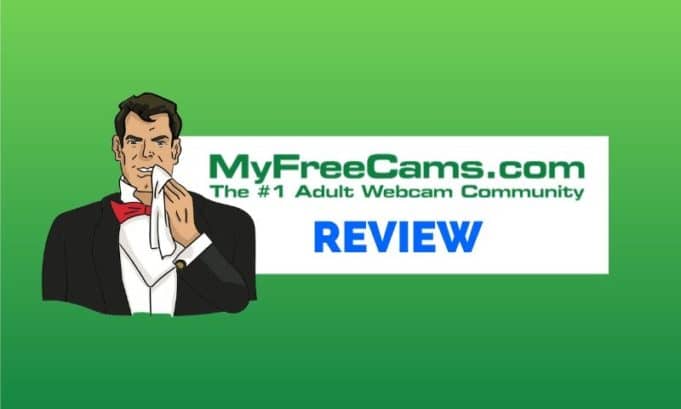 If you’ve ever wanted to go enjoy your tug-time on a camming site, you’ve probably done some research on the net about which ones are most popular and which one might suit you best.

I mean sure, there are all kinds of really specific sites out there that may help you knock your socks off extra-quickly if that’s your thing, but most “generalists” don’t really want something that specific. So sometimes, you just need to be in the center of things, where you can find everything and anything regardless of your mood or what you wanna look at.

Sometimes, you want to connect with the ladies you’re watching.

Hell, sometimes you even want them to look at your man meat while you’re enjoying yourself – in real-time, for reasonable prices and without stepping outside the law or making anyone uncomfortable.

That’s where MyFreeCams comes in. The #1 camming site that’s 100% free to use, you need only pay for “tokens” if you want to tip the models!

MyFreeCams was launched in 2004, so it wasn’t the first camming site out there, but it only took them just a few years to become number one.

In 2009, they started piling up awards and haven’t stopped since, beating out all other cam sites in short order. MyFreeCams hosts over 100,000 camgirls and has several million active (and tipping!) members who keep the site alive and well, but if I just spewed numbers at you, you’d ask what made this specific site so special.

Well, to be honest, even if there are girls from almost every country on the planet on MFC, there are a significant number of American models which makes communication much easier.

See, one of the things people love about camgirls is that you can talk to them while they’re touching themselves in the exact way you asked them to, and being able to communicate opens up so many other doors!

Some other cam sites may be larger and have more views, but MyFreeCams is famous for its tight-knit community, high-quality nudity and permanent, ongoing fun. Of course, they’re constantly implementing new features too. For example, a couple of years ago they made it possible for their models to stream in HD, and a bit after that, they enabled group shows. Which leads us to… 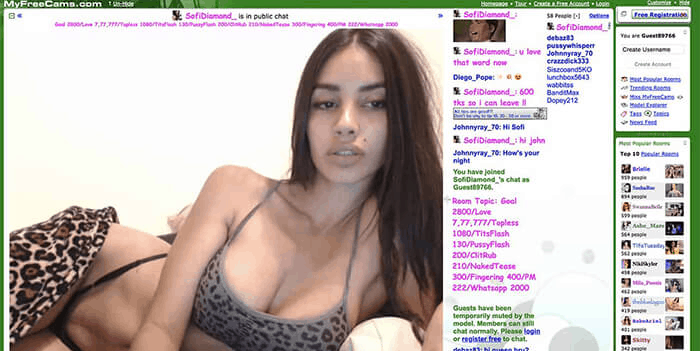 There are a bunch of things that make MyFreeCams special. First of all, their entire site is in Flash, so it loads on every single platform out there that supports it. There are over a thousand models online for most of the day, with the number dipping to around 600 on slow days and rising in the thousands for the busiest ones.

At this point, I should probably tell you – the entire site is 100% free to use if you don’t wanna pay anything! Registration isn’t required to watch any of the models, but you’d be missing out on the experience as most camgirls don’t allow guests to talk in their chat rooms.

Anyway, the site has a great search function which you can use to find exactly your type of model. The site has an integrated internal email address as well as an internal chat which can be used to communicate with girls and other members. You can add them as friends or select them as favorites, look at their profiles and their pictures, see their schedule, Twitter account, and everything. It’s the real deal.

Oh yeah, and it’s only women, so if you’re looking for another type of fun, this ain’t it. This is a plus for some people, a minus for some people, but the fact remains that MFC bans men on sight. I once watched a model accidentally leave her cam and computer still streaming. And then her guy came over to do the dirty with her. And her account got banned in 10 minutes, mid-moan. MFC is not fucking around on this, so if you had any ideas about tuggin’ on cam, you’re better off on other sites.

MFC is very simple when it comes to paying for stuff. When you register, you are given the option to upgrade to a Premium membership for $20, which automatically deposits 200 tokens you can use in your account.

There are a few packages that MFC tokens come in:

These are the standard ones, but there are several other smaller packages too, ranging from $1.49 for 10 tokens up to $9.99 for 95 tokens.

Remember, girls will do anything you want, within reason. Don’t be weird, don’t be creepy, ask if she can do your thing and what the price will be, tip her, have your own custom tuggin’ session with a smoking hot babe and enjoy the rest of your night. Be sure to check out their menus too for special promotions!

Honestly, if you really like something and you wanna compliment a model, just get whatever you feel like and tip her. They make a living, you get more regular content and the babe that gets that tugger goin’ the most – likes you better!