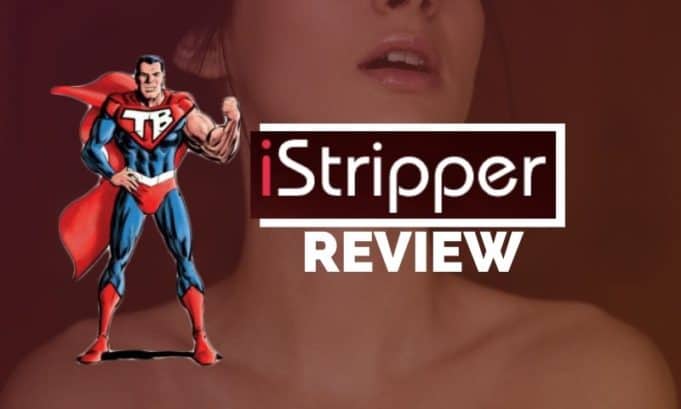 Do you know the best way to identify a great site from a terrible one? Online reviews, of course. When you’re suspicious and you wanna know if a site is a scam, it usually is, and people have blasted it online quite a bit.

But, what if you open that line of comments, and read a bunch of positive reviews alongside some 3-4 star reviews with one or two quips that aren’t enough to keep people from the site? Well, today you’re in luck, my fellow tugger – today we’re gonna talk about one of those rare gems – iStripper!

The site I’m gonna talk about today is practically a game. Except, the desktop strippers on your monitor are all real models instead of animations. They appear on your screen without any background except their pole and they complement whatever else you’re doing, whether it’s work, gaming, listening to music, surfing the web or anything else. If you’re an avid tug aficionado who spends a lot of time at the computer or on your phone, you’ll want something to keep you occupied – and this is the perfect distraction.

What better way to focus on your work than to have desktop strippers on your computer all day?… (no sarcasm intended) In the beginning, people download a tiny little two-inch desktop stripper who spun around the pole in the corner of your screen and you could either tug yourself off, (this was 1998, remember!) or you could ignore it and go about your business. Today, iStripper has evolved from a tiny, memorable app, to a huge service for anyone that wants an actual stripper on their screen – 24/7!

Now, don’t get me wrong – iStripper isn’t necessarily something I would choose to tug to, but I can definitely understand those of you that would want it for that exact reason. This app has over 22 million users already and they’ve been enjoying a lot of progress over the years so they must be doing something right.

iStripper fits into an office workspace similar to how your tugger fits in a watermelon – you know it’s not supposed to be there, but you love it, and you quickly scramble to hide it if anyone comes in.

That’s why iStripper can be muted, minimized, or removed from your desktop at any point with a single click, and in iStripper’s case, if there’s ever an inspection at work (wink wink!) you can just uninstall it with a few swift clicks, which will remove all of the app’s content as well as any suspicious content they might be on the lookout for. This app has quite a few functions – certainly more than you’d expect! So, let’s explore them and learn how to have the absolute best time on iStripper.

First of all, I must inform you that all the free shows are non-nude, even though you always have the option of getting nude shows at the push of a button. When you download and install the app, you’ll notice that you have the option to pick which models you want to watch. You’ll more or less be watching pre-recorded shows that let you control the strippers to a point.

Now, if you want the non-nude (but also incredibly hot!) version, you just click on the model you want, put her in a full-screen or minimized position and continue about your day. When the stripper is on your screen, with a right-click you can always read more info about her, adjust the settings and of course, tell her to take all her clothes off in her own unique style. You may come across some more… unique models like DIV.ASS, or Sexy Gotham who appeal to the nerdier TugBro’s among us. 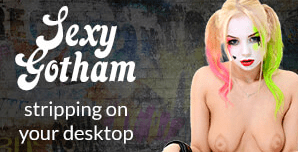 Now, this would sound pretty silly if we were talking about anything animated or frankly, anything less than perfect. iStripper is exactly that – perfect. Their models are all presented in Ultra 4K HD video and the visuals are incredibly crisp and smooth, making the models look very real, in both the full-screen and minimized versions.

So, how real do they look? If you were drunk and you came home and someone installed iStripper on your computer, the first thought on your mind would be “how did that stripper get in my screen and why is she so tiny?” That’s how real. In fact, they go one step further by adding virtual reality shows that you can watch through an Oculus, HTC Vive, Google Cardboard or any other VR device – it feels as if you’re really in a titty bar!

Also, not only is the resolution great, but there’s actually a lot to see on-screen. The non-nude shows are girls in bikinis and various scant outfits but they’re still constantly seducing you through the screen with their curves and jiggling booties. I bet you’re wondering how can you get them to take their clothes off – let’s talk about that now!

Making an account then downloading the iStripper app is completely free – and you can enjoy all the non-nude shows just like that. However, when the time comes that you want to get their clothes off, however, you gotta pay the price in credits. This means that you’ll have to add a payment method to your account with them, keep in mind that iStripper will always be 100% free for anyone that wants to use it, but it’s only fair that you’d have to fork over some cash for the definitive iStripper experience!

If you were a member of VirtuaGirl or Deskbabes and you have specific shows there, they will also work with your iStripper account! Otherwise, you’re gonna want to get some girls naked eventually. iStripper has even thrown in a preview of every stripper before you buy their show so you know exactly what you’re paying for.

So, when you’re ready to get some bras and panties off, you’ve either gotta earn the credits through various free tasks (spins, games on the site, etc.) or you can buy them in packs. You can pay via credit card, by SMS or by mail.

The pricing for iStripper credits are as follows:

Anyway, that’s it for the iStripper review – the short version is – if you spend a lot of time on the computer, you’re gonna love it. It has a mobile version, but let’s face it – you want that booty up on the big screen – and that’s exactly what you’ll get!