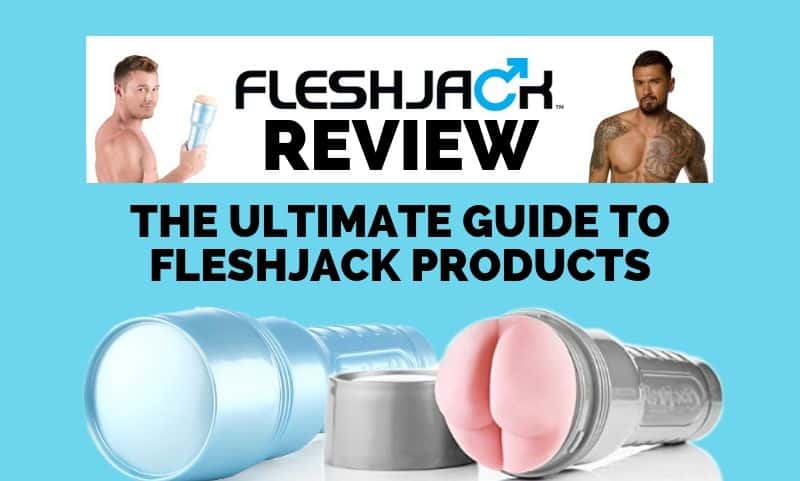 As one of the most well-known names in both the straight and gay sex toy industry, it should come as no surprise that Fleshlight not only has their Fleshlight Girls line but also has a “Fleshjack” line of gay Fleshlights, modeled after the hottest bisexual and gay men currently in the adult entertainment industry.

These Fleshlights are designed for men who love… men and are designed similarly to regular Fleshlight products. The only discernible difference is that none of the Fleshjack models come with a vaginal orifice… for obvious reasons.

In 1995 Steven Shubin founded Fleshlight/Flashjack and is still managing the company along with his wife. They were granted their first patent in 1998 for the phenomenal masturbatory devices we have today and have continued to develop innovative products and please their huge face base.

In recent years, they have expanded their lines into other adult toys, such as cam girl and VR products which helped them emerge as the #1 male sex toy manufacturer.

If you’re reading this before the end of the 2019 Holiday season, you’re just in time to browse Fleshjack’s limited holiday sale. Take full advantage while you can!

What Is A Fleshjack?

The sleeve is made of the same Real Feel SuperSkin that other Fleshlights are made of. The only difference and I want to stress this, is that this line is modeled after men. Otherwise, it’s just like all the other high-quality products you can buy from Fleshlight.

The website, Fleshjack.com, is geared towards gay and bi men. The main page of the website features men in provocative poses holding the masturbator designed after their rear end, much like the pictures of women found in the “Fleshlight Girls” section.

As I mentioned, there is very little difference between the overall feel and function from the original line of Fleshlight masturbators and the Fleshjack line. Real Feel SuperSkin has a distinct feel to it that can be found in all of their toys.

*UP TO 50% OFF STOREWIDE FOR LIMITED TIME*

Fleshjack Black Friday/Holiday Deals: Up to 50% Off Select FJ Products! 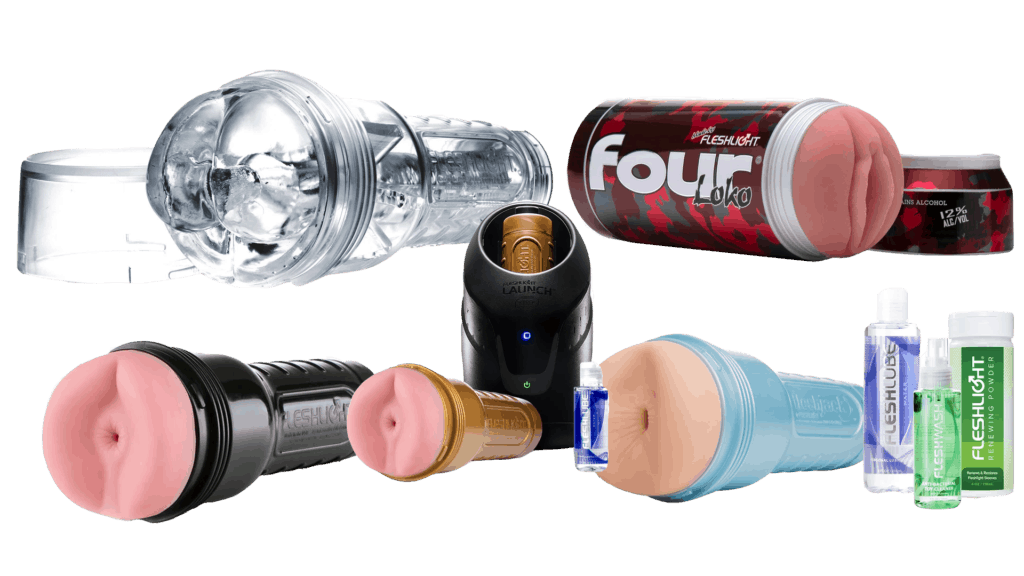 Sadly, this line of male masturbators isn’t as well-known as the ever-popular Fleshlight. Despite this, they are similar in the most practical ways: the shape, material, and function are all the same.

The Fleshjack is made of four basic parts: the hard outer case, the soft, flesh-like sleeve, an adjustable end cap, and a removable cap to protect the sleeve when it isn’t in use. The cases come in blue, black, and silver, while others have design specific choices.

The “Ice” line of Fleshjack toys come in clear cases and have clear sleeves, while the Fleshjack “Sex In a Can” have unique color schemes.

These sleeves are designed nearly identically to Fleshlight sleeves, they can be warmed for a more realistic feel and removed for cleaning. They are still made with the Real Feel SuperSkin material that is designed to feel as realistic as possible.

Both ends of the case have removable caps, the larger one just protects the SuperSkin from damage and dust, while the smaller cap is used to adjust the suction. Completely tightening the smaller cap creates a tighter feel, while loosening it or completely removing it creates a looser feel.

Click here to check out our Fleshlight user guide for a more in-depth explanation.

There are three options for the orifice of a Fleshjack – mouth, butt, and cheeks. They are based on the bodies and orifices of popular gay and bisexual adult movie stars, hence the name Fleshjack Boys.

They have also created a whole new selection of textures created exclusively for Fleshjack. This is a fantastic line to explore if you’re looking to find new textures.

There are also rebranded textures such as the Destroya, super ribbed, wonder wave, and vortex. Nearly all of the popular textures are available as Fleshjack sleeves.

Although within this line it is called the Classic Fleshjack, which is identical to the classic Fleshlight. This means while you have a variety in orifices to choose from (mouth, ass, cheeks), the texture within is smooth, without any particular kind of stimulation.

If you’re new to Fleshlight products, this may be the perfect starter, but beware, it has no texture inside the sleeve, making it a bland option for hardened tuggers.

In addition to the classics and favorites, there is also the option to build your own Fleshjack. Like with the Fleshlight option, you get to choose your color case, what orifice you prefer, and there are choices among popular textures. Textures available for the build your own option include heavenly, super tight, and others.

The best seller of the Fleshjack line has to be Jack’s Banana Cream Soda sleeve. It’s part of the “Sex In a Can” line and many guys (including myself) say it feels the most realistic.

Other Fleshjacks I found enjoyable was the Super Tight Titanium sleeve, which was designed after Trenton Ducati. The official Fleshjack website states that it was “built to take as much punishment as you can dish out”. 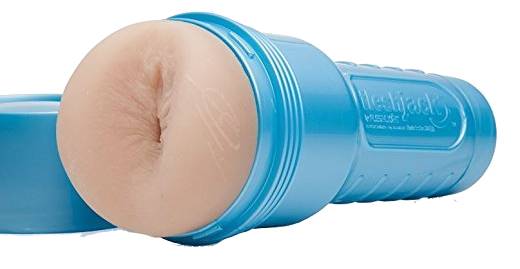 For men on the go, I recommend the Go Surge. Due to its size, it is the best one available for travel. The texture consists of ribs and bumps that usually result in a quick and intense orgasm.

The Quickshot, Ice, Turbo, Flight and Go are also available on Fleshjack. You can check out my reviews on those toys and more here.

In the opening of the rectum orifice, the head of the penis is immediately met with a single row of small, subtle raised bumps.  After the bumps, there are ridges that when thrusting, tend to hum and vibrate around the shaft.

After the ridges, there is a single row of large bumps, similar to the ones found in the STU – another of my all-time favorites!

This sleeve has the perfect balance between realism and stimulation. Not only that, but the can design blends in perfectly with other collectibles and can be easily hidden in plain sight

Fleshjack Sex In a Can

Similar to the Fleshlight Sex in a Can line, Fleshjack’s are smaller, tighter versions of popular sleeve designs.

These are disguised as soda cans and currently come in three “flavors”:

Jack’s Cherry Pop: A butt orifice and texture similar to the Squeeze and finally,

The smaller size of these cans means that the sleeve is much tighter, creating a more intense stimulation when compared to the full-size versions. I don’t recommend this for larger men, but average to smaller sized men may find this texture tighter and more pleasurable.

Click here to browse all of the current Fleshjack Boys and their sleeves.

The most popular Fleshjack Boy right now is Brent Corrigan. He has starred in over 40 movies and was regularly featured in Playgirl magazine, a popular gay adult magazine.

While the peak of his career was between 2006 and 2016, his cute, boyish looks and 8.75″ penis made him the perfect candidate for Fleshjack. His signature sleeve is called Bliss and has the same insane texture as the Fleshlight Obsession sleeve.

It is regarded as one of the most intense sleeves on the market and is only comparable to the intensity of the STU. He also has another exclusive sleeve called Ecstasy, which is lined with a series of ribs. 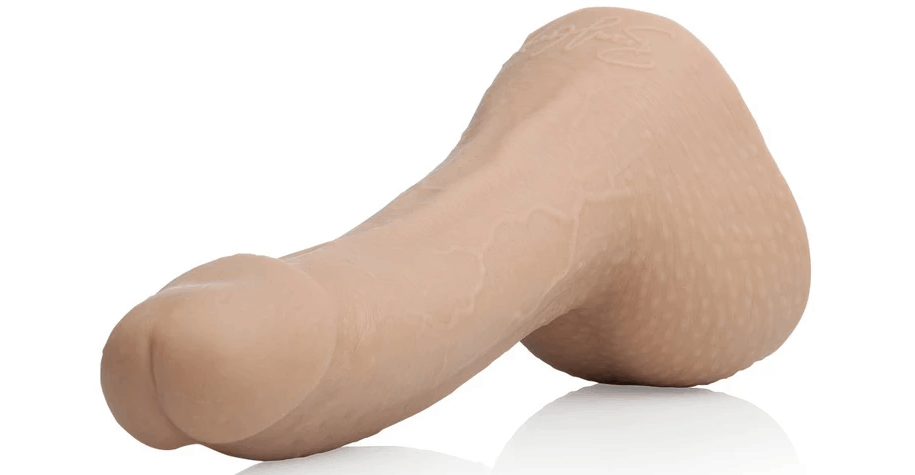 First up is Fleshjacks most popular model, the ever-popular and (surprisingly) virtuous: Brent Corrigan.

After Brent’s Fleshjack toys garnered tons of popularity, the natural next step was to create an exact replica of Brent’s 8-Inch cock! Thanks to Fleshjack, everyone now has the chance to get filled up with 8-inches of Brent Corrigan!

Next, let’s take a look at Boomer Banks – and his 9-inch uncircumcised member! 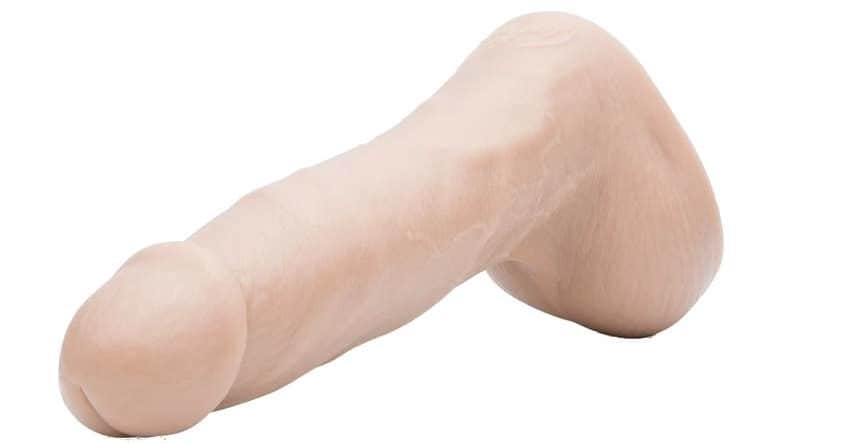 Fleshjack Vs. Fleshlight: What’s The Difference?

The obvious difference is that Fleshlights are marketed towards straight men while Fleshjack caters more to gay men and women. Straight men aren’t the only ones who need quality sex toys after all!

To begin with, it should go on record that I love everything Fleshlight makes. They have high-quality products that deliver, time and time again.

Not only are they well made, but with proper care and maintenance, they are designed to last a very long time. Furthermore, they don’t have a chemical smell and upon being warmed and lubed up, they are as close to the real thing I have ever found!

With products modeled after adult entertainers, car engines, and even monsters, there is something for everyone. They even offer many of their sleeves with a nondescript orifice.

Moving beyond the orifices, the textures Fleshlight/Fleshjack offers are wide and varied. They have everything from a gentle and smooth ride, to a “hold onto your hats ladies and gents this is about to get wild” ride.

Once you get your hands on anything from this company, it’s easy to understand why they’re the top-selling male pleasure product on the market! I have no shame admitting that I adore all of their products, including the Fleshjack line, and will happily continue to grow my collection of their top of the line toys.

I always recommend purchasing directly from the official website.

Never purchase any sex toys off of Amazon as you run the risk of getting a fake or something with harmful chemicals in it.

On the official website, you can see everything they have to offer, you can create your own sleeve, and the customer service is phenomenal.

If you’re reading this before the end of the 2019 Holiday season, you’re just in time to browse Fleshjack’s limited holiday sale. Take full advantage while you can!