Home Sex Toys The Best Onaholes Of All Time 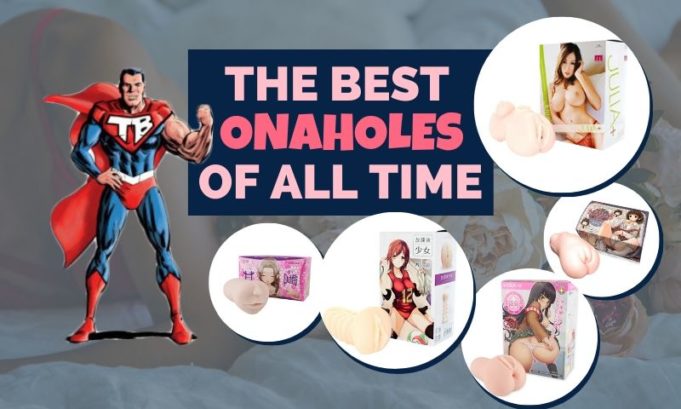 This is a special TugBro list hailing all the way from the Far East! Our TugBros in arms over in Japan aren’t going to let us here in North America have all the glory when it comes to a good tug!

We call them strokers, male masturbators, Fleshlights, whatever. Overseas though, they go by a much more appealing name: onaholes. An onahole really isn’t all that different than the sex toys here in the west, but there is a pretty wide variety of them. Each comes complete with a hole for your enjoyment. The main difference you’ll see in onaholes is that they very often include more parts of the female anatomy on the outer side.

That means when you’re going at it there’s a good chance you can brush your thumb up against some miniaturized breasts! Realistic? No! Fun as can be? Yes!

Enough idle chit-chat though, time for me to go through which onaholes out of the thousands out there that I think are worth the trip across the sea to our doorsteps.

Check out some previews of her steamy videos here.

And that’s exactly what you’re getting here, a stellar vaginal opening with some perky jugs to go along with it.

It’s hands down the best onahole of them all, seriously. Looking at the cross-section of the inside is borderline gross, that’s how you know there’s enough going on in there to make it worthwhile. We’re talking soft plush, yet it delivers the kind of stimulation that is missing all too often in Western sex toys.

Want the best? Then you want Julia +. 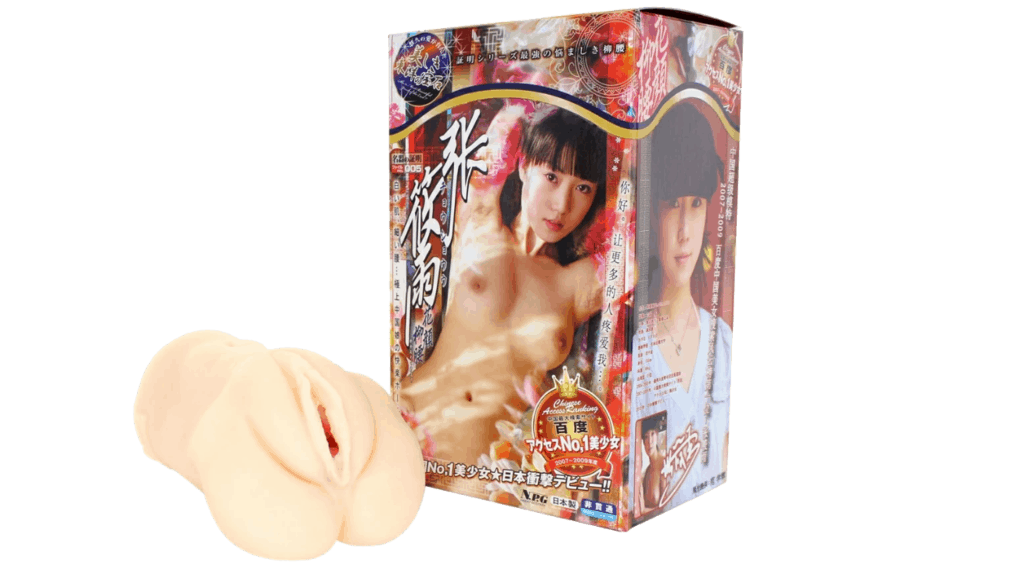 This toy has the absolute most WTF name out of any of the onaholes I’ve seen, and trust me, they get pretty damn weird. I’d expect nothing less from our TugBro’s in the far East.

A good chunk of onaholes are essentially just novelty items, something you’d buy while drunk out in Tokyo while wandering around Akihabara to use a few times and toss away forever.

Not this one, no sirree.

It seems expensive, but it’ll last as long as any Fleshlight as long as you take good care of her.

Much softer & supple than the average Fleshlight, this toy has a soft exterior design that’s fun to rub a finger across with a very nice and pleasurable inner cavity. There’s tons of attention to detail here, and you feel it. Unlike a lot of toys where the inner sleeve just feels like a continuous “alright!”, this toy had me enjoying each and every millimeter.

All I can say is that it makes perfect sense that this onahole is found on a bunch of websites outside of Japan.

Don’t ask me why there’s a bunch of Italian writing over this, maybe it’s from a series? What you can ask me about, however, is how worthwhile this toy is.

While it’s no Julia +, it’s got more than enough mettle going for it that it made second place on this list. That mouth orifice isn’t just for show, this toy perhaps comes the closest to trying to recreate a female mouth, teeth, tongue, and even palette included.

Surprisingly, the teeth don’t get in the way whatsoever, and it’s a very pleasurable toy to use. It’s one of the best price-to-pleasure ratios I’ve found for onaholes. I prefer to use it standing as opposed to sitting to make sure I can clear the teeth no problem, but besides that, it is surprisingly powerful for the price.

When it comes to sexual themes, Japan really has no shame. Here in the West, we like to pretend we’re not totally depraved and that there are lines we won’t cross.

This is an onahole meant to simulate sex with your new virgin bride, I can’t say I’m not a little off-put by that but as soon as I threw away the box there was little to remind me of the shotgun marriage undertones this toy has.

The labia are extremely large and puffy which I something I really got behind, lots of toys don’t put much thought into how it’s supposed to feel when you’re fully inserted. These big labia make for an excellent plushy cushion to really go to town on. That coupled with the extreme tightness of the sleeve (it’s supposed to be a virgin, remember?) and firmness of the material itself make for a quick – but knee-shaking tug.

Now, this is a theme I can get behind, an anime sporty volleyball chick? Count me in!

If you’re used to Fleshlights and other strokers sold in America, this one comes the closest I’ve managed to find. The exterior is just a traditional vaginal orifice with textured sides that make it a lot easier to hold on to, especially when I use a bit too much lube and have it all over my hands.

That’s what makes it a great beginner onahole, it isn’t too garish and the theme is well within socially acceptable limits. Unlike most Western strokers, however, cleanup is a cinch thanks to the reversible design. Drying it out and making sure it’s clean isn’t a huge deal with this volleyball girl. 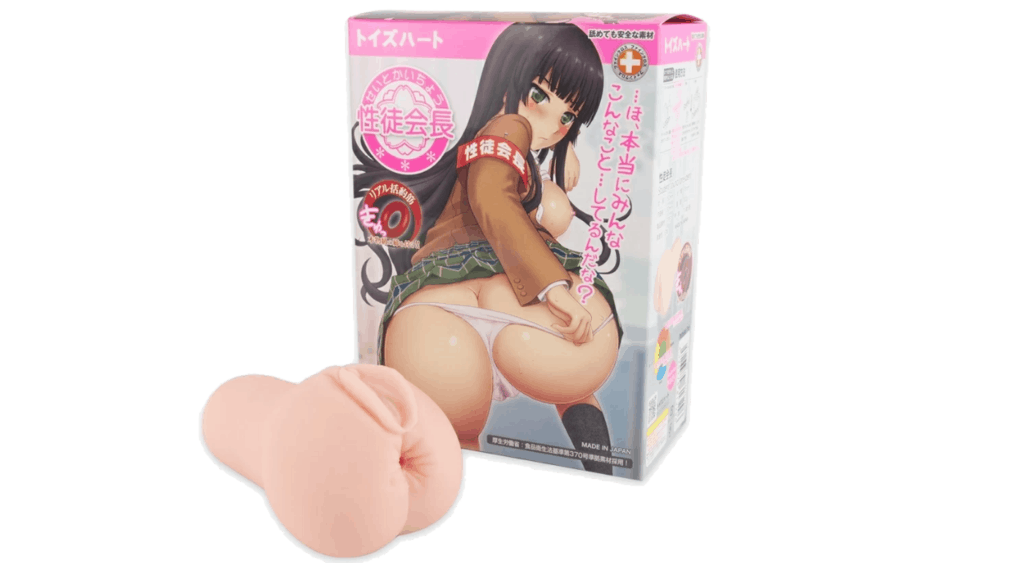 I won’t lie and say I didn’t have a thing for the student council types. They’re the kind of girls who grow up to be great girlfriends & wives. Naturally, they wanted little to do with Tugger Cox, but we all have to make concessions in life, right?

Use lots and lots of lube with this one, the entrance is not very forgiving to those who want to go in dry! It is a butthole, after all!

Perhaps my favorite part of onahole shopping is the funny names you’ll come across. Say “Melty Love” out loud and try to tell me that isn’t an absolutely hilarious name for a jerk-off aid.

Compared to the Lolinco, the labia on this toy is very small, I believe this was chosen to make it easier to go balls deep. It starts off with a wider entrance that tapers down to a very narrow channel that kind of looks like a sperm cell & tail. I suppose the theme here is insemination?

It’s very soft and not too outlandish in its design, for those looking for realism and a true-vagina-feel this is an excellent choice. I was surprised at how tight it was for how soft the inner sleeve material is, to be completely honest. Anyone six inches long can enjoy the entirety of the toy without things feeling too full, nice! 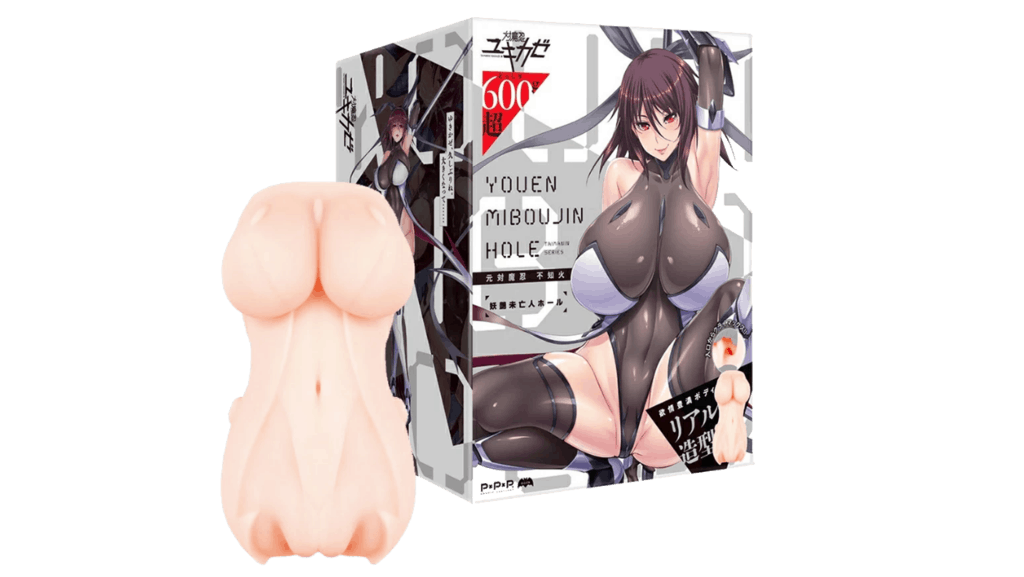 Despite the name that sounds like some kind of voodoo curse, the theme for this onahole is none other than big titty skinsuit girl. It was just a matter of time until one of these showed up, honestly.

While I would have preferred if the nipple-less body it was representing had the color of her skinsuit instead of flesh, I suppose we can’t win them all. Lots of chambers and ridges dot along this not-so-straight onahole.

The interior is a bit tight for my tastes, but the interior design is solid. Where this toy really shines is in the exterior design, everything is soft and supple enough to be really fun to play with. Even if there wasn’t a hole, I’d probably have picked one of these up as a large breasted stress ball kind of deal. I personally really like the design, it’s a lot of fun. 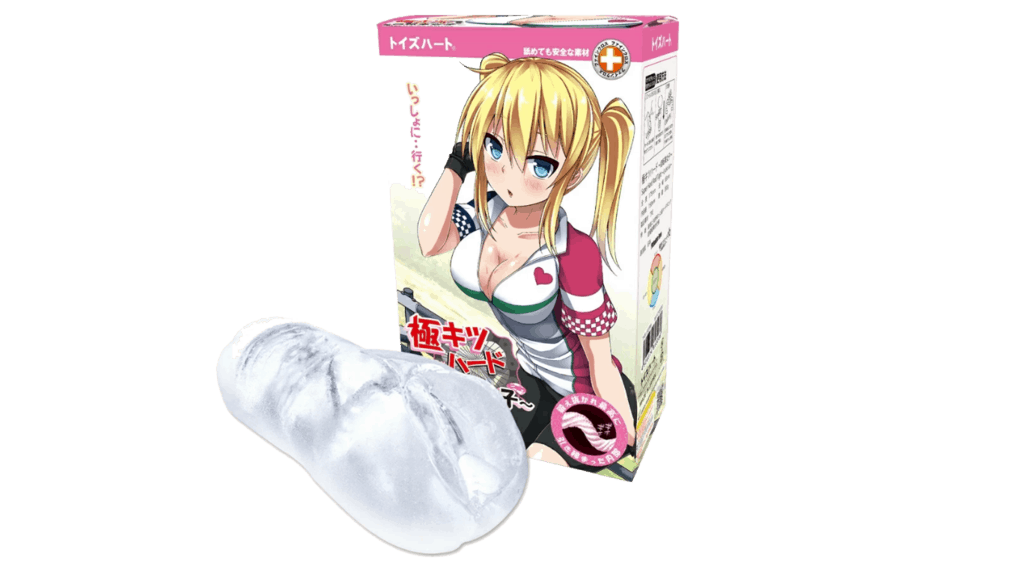 When you need a good tug but still absolutely need to get at least some kind of look at your junk, this is a great choice thanks to the clear/opaque design. This also makes it easier to keep clean, since you’ll know when all of the lube has been thoroughly washed out.

Out of all of the onaholes on this list, this one had some subtle textures that were hard for me to pick up on initially. I liked it a lot because it was like sampling a fine wine bit by bit to understand all of its intricacies.

Lots of lubrication is needed because “super hard and tight” is a lot more than just a name here.