Home Ask Dr Cox What Is The Average Penis Size? 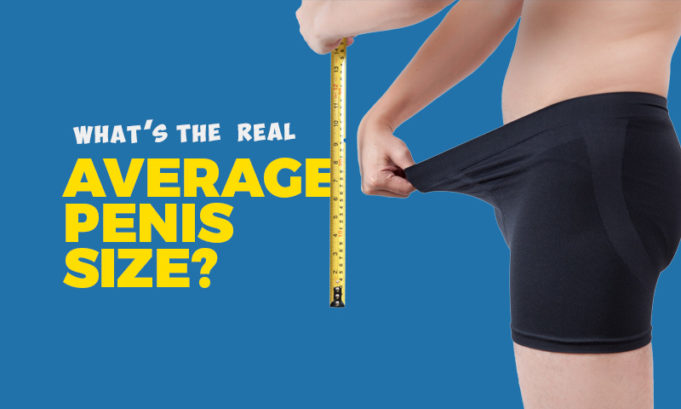 What is the average penis size?

LEARN HOW TO CORRECTLY MEASURE YOUR PENIS SIZE HERE

According to the Journal of Sexual Medicine The average penis is 5.6 inches (14.2 centimeters) long when erect.

The results of their 1600 man study should come as pleasing news to most.

The research shows that penises come in a large variety of shapes and sizes: the smallest erect penis in the study was about 4cm long (1.5 inches), and the largest was 26 cm long (10.2 inches – obviously Tugger took part in this study).

If nothing else just be glad you’re not the guy with the 4cm penis. Unless you are that guy then… ermm… commiserations?

Flaccid size is usually not an indicator of erect penis length. Flaccid penises generally fall between 3 and 6 inches in length. Flaccid size depends on a number of factors – temperate, hydration etc – so there really isn’t a study that provides a reliable average.

There is a basic rule though that says the larger you are flaccid the less your penis increases in relative size compared to a smaller flaccid penis. Probably more commonly known as the ‘grower vs shower’ rule.

SO, why so many giant dicks on the internet? Because generally the people taking most of the pictures of their junk and sharing it with the world are guys with sizeable dicks. So quit looking at dicks on the internet (unless that’s your thing) and judge yourself by the ruler instead. Or hey, maybe just be happy have a working dong!

And finally … Another study by scientist Richard – let’s call him ‘Dick’ – Lynn (which has been described as flawed by many) showed the average penis size of men from 113 countries which Dick claimed proves that racial stereotypes about penis size are true. Koreans came bottom in the survey, measuring an average of just 9.6 cm (3.8 inches) which surely can’t be true unless someone forgot to tell them the measurement should be taken erect not flaccid. The Republic of Congo ‘came first’ with a generous 18 centimeters.

Take the full list here with a grain of salt, OR if you’re a bit small for an Australian, consider moving to Korea, where your modest 5.5 inches will be spoken of as legend.