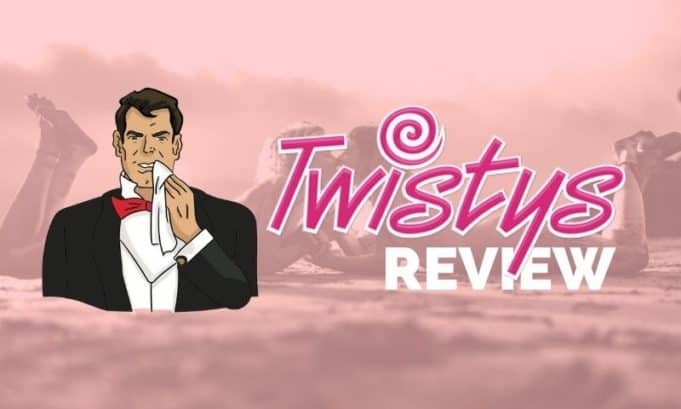 If you’re like me, you love waxing your carrot to the sweet sights of some gal-on-gal action, and this isn’t a new thing – people have been entranced by the grinding for millennia.

That’s why, in 2001, Twistys was one of the first sites to go all-out into the lesbian and glam niches, combining them at times. In the beginning, the site only contained pictures and didn’t have videos for a good long while – around half of its 19-year existence!

If we try to go through Twistys’ entire history, this article will be a million words long. Instead, here’s the “tl;dr” version so you won’t get tired before you feel the urge to tug.

This site has gone through several phases in its 19-year existence but I gotta say, this last one is incredibly enticing and we’re gonna be focusing on what it is, not what it was.

First of all, Twistys doesn’t fuck around when it comes to getting the best models for its content. They have names like Mia Malkova, Elena Koshka, Riley Reid, August Ames and Nicole Aniston, names that need no introduction to the habitual tugger. In 2019, they got Molly Stewart (one of the hottest camgirls!) to work with them, giving her a great career boost. Aside from all the big names, they have a grand total of 2261 models that have worked or are working with them. Pretty impressive number!

Secondly, Twistys is not just one site. It’s a platform that takes up a whopping 11 sites that produce content, as well as Twistys’ own production of feature-length films. They have a total of 8645 scenes of various lengths as well as 19,000+ galleries to browse. How many lifetimes and what kind of thirst would you need to get through all of it?

Anyway, it all sounds really nice when you lay out the numbers like that, but let’s look at what kind of special offers you can find at Twistys.

Twistys has had a lot of time to develop their own way of pleasing both their models and fans. Let’s start with the latter – Twistys incorporates two winning traditions that give the models a bit more and give the fans some direction. These are “Treat of the month” and “Treat of the year”. One model can be presented to the rest of the porn industry as the best Twistys has to offer for that month – and usually, people flock over to watch her videos! To be the treat of the year though is an even bigger honor and you’ll find the most familiar names in this category.

Anyway, the Twistys platform is made up of several sites. If you’re looking for special features designed for the common tugger, this is definitely Twistys’. Let’s go over the sites one by one and explain what they’re about as each one covers a different niche.

Twistys – the site is now focused on solo girls. One-stop-shop for all the other sites.

Turning Twistys – straight girls get seduced by butch lesbians. Spaghetti is straight too ‘til it gets wet!

Mom Knows Best – teens and MILFs play together on this incredibly sexy site!

Twistys Hard – sexy babes get plowed by huge cocks. One of the few rare sites you can see a dick on at Twistys.

Anette Dawn – solo site by Anette Dawn for all her content – extremely hot!

Euro Foxes – the best European babes bent over for your pleasure!

Blue Fantasies – the hottest girls in the world only!

Did any of these catch your eye? If yes, it’s time to check out how to become a member at Twistys and get all of this exclusive content for what are, let’s face it, very low prices. Speaking of…

Before talking about membership, you need to know that Twistys has two types of payment processors – credit cards and cryptocurrency. Both of these have similar but still different membership packages in terms of value so we’re gonna go through all of them just to make sure you understand your options.

If you want to be a member and pay with a credit card, you get one option that is unavailable through cryptocurrency – a two-day trial. Granted, it’s a paid trial but it’s just $2 and you still get the full she-bang of features. On the other hand, if you use cryptocurrency you can buy a 5-year membership that can’t be bought with a credit card. It all depends on what you want and need.

Those paying with a credit card can choose one of these four membership plans, all of which are 80% off during the holiday sale:

If you wanna pay by cryptocurrency, you can choose between these three plans:

So, there you have it! All these beautiful babes are waiting for you on Twistys. If you’re ready to tug, go check out their trial membership and see if you want more!