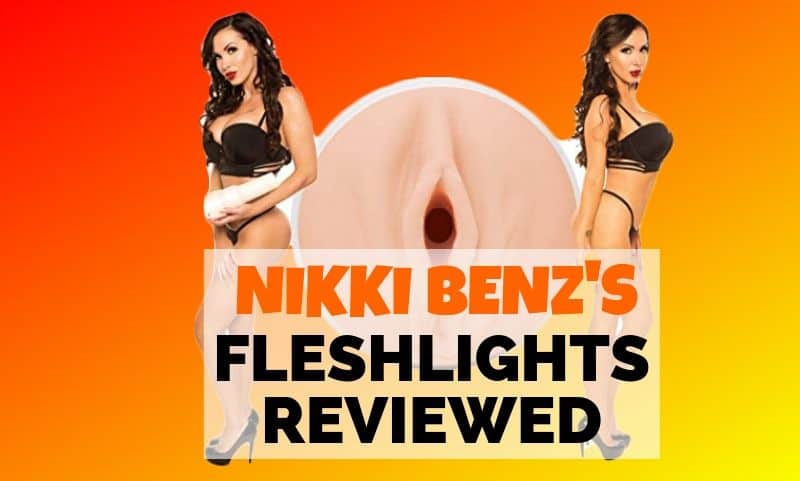 With that in mind, it’s no surprise that Nikki Benz has her own line of Fleshlights, both the pussy and the butt model – and they’re among the best-selling toys on the Fleshlight store!

You may have heard some rumors about these elusive Fleshlight coupons that a select few websites have been graced with. It’s nearly impossible to find one that actually works or isn’t expired.

Born to an immigrant family from Ukraine, this Canadian actress started her career back in 2003 after working as a stripper and swimsuit model.

She’s also starred in a plethora of music videos and television shows, not to mention her Instagram account has over a million followers!

Clearly, we’re talking about one of the most prolific and most celebrated strumpets out there! So, let’s see what kind of toys she came up with! 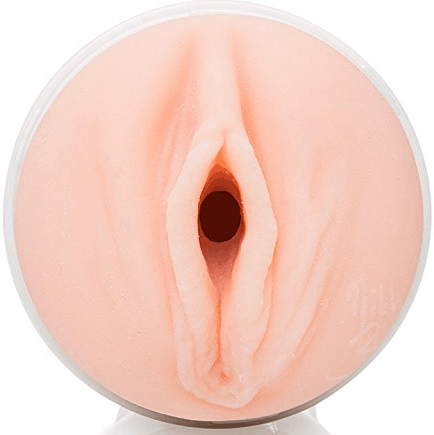 The pussy variant of Nikki Benz’s Fleshlight is perfectly molded after her own pussy lips, so tuggers will be glad to know they’ve had a taste of her lusciously tight little hole.

The Fleshlight itself is 9.5 inches long which will accommodate TugBro’s of almost any size.

It’s fitted with the MVP (Most Valuable Pussy) sleeve which has several distinctive traits that really make it the MVP of Fleshlight sleeves.

This sleeve has four distinct textures but unlike most other sleeves out there, it isn’t straight. Instead, the canal curves downwards and upwards in a slick zig-zag pattern, providing extra pressure and feeling.

In the first couple of inches, the canal curves downward with two counter-clockwise ribbons of tiny little pressure balls on the walls.

Then, the canal curves upwards and has five short contractions with straight-edge square ribbons on the walls for a total of two inches.

After that, it curves downwards and upwards in the next three-inch section, which is a smooth surface with two large pressure balls and 5 smaller ones to add extra feeling.

Finally, the canal straightens out into three consecutive rings, each providing pressure for the longest of tuggers out there! 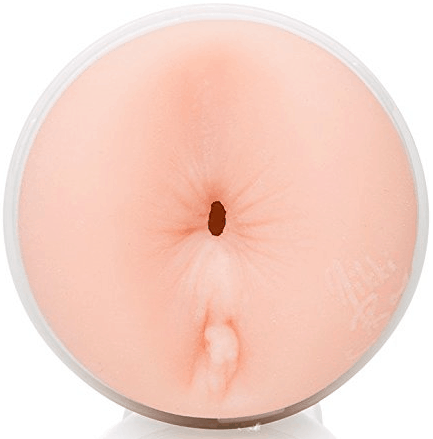 The sleeve is named Reign because obviously, the level of pleasure provided by this thing reigns supreme over all others. Corny, but worthy!

Anyway, the entire Fleshlight is very tight and feels particularly great for men of all sizes. The first two inches are thatched with rhomboids on the wall, while the next two inches have two large chambers with pressuring squares, separated by a quarter-inch opening which is the tightest point in the sleeve.

Then, the sleeve goes into six tiny contractions about half an inch wide followed by a two-inch area with pressure nubs pointed towards the point of entry of your man meat.

Finally, the sleeve ends with three gradually reducing rings which apply pressure for even the biggest tuggers out there! To make sure you can always handle the tightness while protecting your toy, get water-based lube from Fleshlight!

The only issue with Nikki Ben’z sleeves is that they quite frequently sell out since she’s one of the most popular Fleshlight Girls.

Due to the curved nature of the MVP sleeve, the Lady model of the Nikki Benz Fleshlights is relatively easy to clean. Just run some water through it and it should be fine. You may need to stick a finger in to the second section to clean out those little reservoirs of lube and man juice, but it’s still a 2-3 minute process. Let it dry and you’re good.

The Reign sleeve texture is a little bit more complicated. It has a ton of square surfaces, little reservoirs and all kinds of protrusions, so you may need to put some elbow grease into cleaning up your man grease. Run some water over it, stick a finger or two in the delicate areas, let it dry and you’re done! 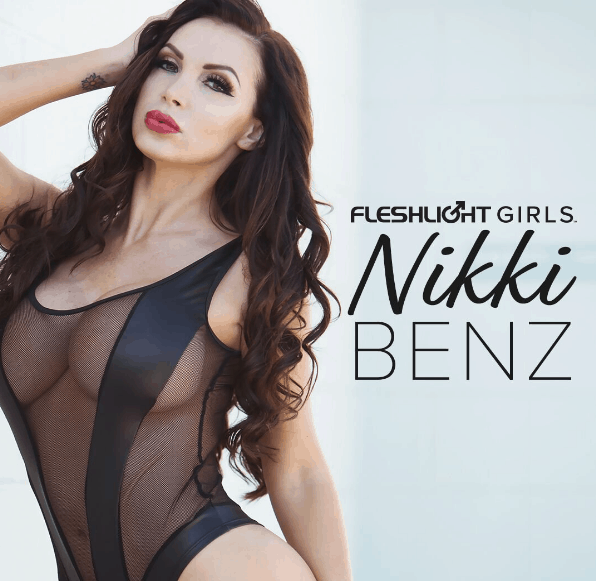 Now let’s grade these Fleshlights on four different scales to ensure maximum accuracy and information for our loyal readers.

I’m gonna be honest with you – no natural womanly orifice in the world feels as good as these sleeves. They’re far superior to anything nature has developed when it comes to feeling, so both of these get a 3/5 for realism due to their fantastically designed entry points!

Both of these Fleshlights are extra tight for men of all sizes. 5/5 for tightness for both – no question about it!

It’s really easy to stick your man-stick in something, but once you’ve filled it up with warm goo, both of these toys may be challenging to clean. This is why they both get a 3/5 for ease of use.

Overall, if you don’t mind the extra cleaning time, both of these Fleshlights will make you a very happy man – which is why we’re going with a 4/5 overall score on both!

Final Thoughts & Where To Buy

Do you have a penis? If so, chances are you’re gonna be able to get maximum satisfaction out of both of these toys as they start out tight and get even tighter down the line. The longer you are, the more you’re gonna feel but even with a 2-inch slugger you’re gonna get a fantastic experience!

If you’re interested in getting Nikki all to yourself, we always recommend buying straight from Fleshlight’s Official Store.

Alternatively, if you want to do your wallet a big favor, there’s a combo deal that comes fully equipped with all the essential Fleshlight accessories along with Nikki’s MVP Sleeve.