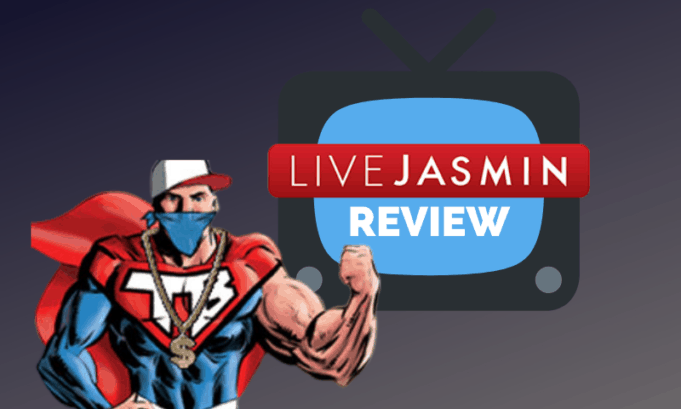 Nowadays, when a bro wants to tug his man-pole, he has far more options than ever before in the strange, colored history of tuggin’. Bros have spent millennia tuggin’ away by the power of their own imagination or just some furious freehand tug routine to relieve pressure as soon as possible. Then came magazines and TV which gave our grandparents and parents the opportunity to get off while watching something that’s actually turning them on.

The final frontier on this tug-journey?

Now, not only do we have unlimited access to pretty much every sexual scenario you can imagine (rule 34, anyone?…), but you also have choices between the type of content you want to watch while having some personal fun.

And when you think of cam sites, you undoubtedly think of LiveJasmin. Why? Because it’s ingrained in your head. Because the first million pop-ups you saw in your life bore the dark red background of one of the oldest cam sites in existence. Because you’ve read the name so many times while trying to tug one out, that you’ve grown to either love it or hate it. So, let’s get into talking all about LiveJasmin!

LiveJasmin isn’t the oldest cam site, but it’s pretty high up there among the OG live cam sites. This site was started in 2001 by a guy that recognized the future would inevitably continue to expand people’s sexual needs, and while cam sites were in existence when this one showed up, LiveJasmin changed the game forever.

With their aggressive advertising, beautiful website design, and functional user interface, this site proved that all you have to do is be clever to win the game. They’ve enjoyed a steady upward rise in pretty much everything these past two decades and they’ve won a bunch of awards for it. You don’t earn such a prestigious reputation from mediocrity, do you?

Anyway, LiveJasmin is currently the number one cam site in the world, (counted by clicks, number of models, number of members, and their all-around customer satisfaction). As they do have the most models, you probably know that this site hosts some of the hottest gals you can find online today. Let’s get one thing straightened out right here – these girls are here for the cash and they’ll say anything and do anything that will earn them more of it.

You’ll read a lot of low-quality reviews online saying something along the lines of “She told me she loved me and then took my tokens, did her dance and then she said the same thing to someone else!” Yeah. Newsflash, nobody falls in love because of how you composed that user name. It’s a cam site – you give them credits, they do the thing you tipped for.

LiveJasmin’s a great site to find someone to board the tug-train with, or just to watch them while you get yourself off. Either way, if you’ve been on a cam site before, you know how this one works too. You set up an account, get some credits, tip for whatever you want, give your man muscle a nice workout and log off. Or, you could just browse LiveJasmin 100% free.

Or, you could stay afterward and interact with the models. Whatever strikes your fancy!

Not all cam sites work with everyone so that’s a huge bonus because there’s no way your demographic isn’t included. This is one of the reasons why LiveJasmin is ahead of sites like MyFreeCams.

When you get on the site, the first thing you notice is the function on the left – LiveJasmin’s categories. These include things like the model’s age, ethnicity, price, willingness, language, hair color, body type, show type, and sexuality. Using these, you can fine-tune your search to narrow down your choice and find the exact model or models you wanna tug with!

There are several types of shows on LiveJasmin, with by far the most popular one being the free type. This is when anyone can watch but only people with accounts can text. All the other types are paid – these are your run-of-the-mill private chats, video calls, VIP shows (group shows for VIPs only), two-way audio shows, “story” shows, and so on. You can also select for HD shows only, meaning you can filter out all those with shitty cameras that run the risk of interfering with your precious tug-time.

LiveJasmin tries to please both their models, and their users by putting in special features too – for the models, there’s the “Top 100 Awards” section, while users get the “Club Elite” section. You can vote for the models and the best ones get cash, with the top model getting $1000 in cash!

Also, you can compete with other users as you level up through LiveJasmin’s ranks. You start off as nothing, but at 15 points you get the “Crush” rank. From there, you level through Lover, Sweetheart, Lancelot, Romeo, and finally the desired Casanova rank.

Wanna show off your big tugger energy? Get to the top. However, if you wanna swing it around, you’re gonna have to pay. Let’s look into LiveJasmin’s pricing options.

If you’re just there to watch and tug, LiveJasmin is completely free. However, if you wanna get some models to do the exact thing you want them to do, you’re gonna have to churn out some cash and get some credits. There are four tiers of credits you can get, and you should know – they’re worth more on LiveJasmin than on most other sites so use them carefully and make sure they fit your budget.

Anyway, your options are as follows:

Once you’ve settled on an option, all you need to do is figure out which method you’re gonna use to pay and you’re all set. You can pay by credit card, PayPal or cryptocurrency, namely Bitcoin.

That’s pretty much it! No complicated procedures. When you want more credits, you just pay for those and top up.

After using LiveJasmin for a while now, I can confidently say that it’s one of my absolute favorite live cam sites.

They have a huge selection of models (and I really do mean HUGE). It’d be nearly impossible to even scratch the surface of viewing all of the models on their platform.

The premium prices are more than reasonable compared to other cam sites and even just using the site for free is very enjoyable.

LiveJasmin is one of the few cam sites I’d personally recommend, and believe me, I’ve tried a ton of them.

That’s all I got for the LiveJasmin review guys – I’ll give you the TLDR version here in case you scrolled down immediately – good cam site, beautiful girls, fairly simple, not too expensive but you should still be careful to not overspend. Happy tuggin’!