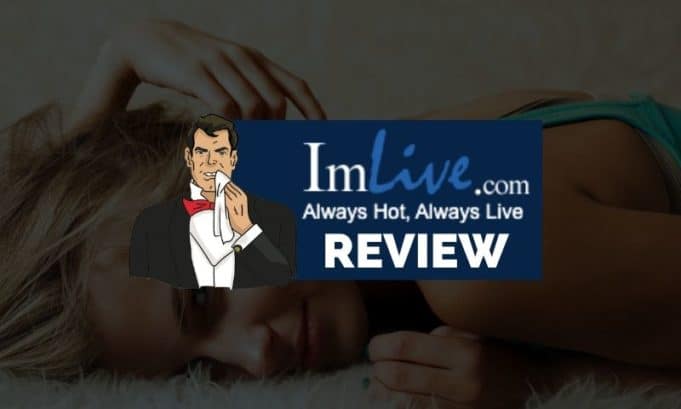 This led to the rise of cam sites such as Chaturbate, Camsoda, MyFreeCams, and several others. If you read that list again you will read a list of the most successful cam sites in order… until now that is.

Today, we’re gonna focus on the camming site that hosts the most members along with thousands of models. Think about this – ImLive had ten million members back in 2008, and they have since surpassed that number sevenfold! Also, ImLive promoted their ImLive Mobile service in 2010 when camming was taking a big swing and so were smartphones. Ever since they’ve stayed on top of the camming world with new and inventive ways to engage both users and cam girls.

Let’s take a look at ImLive and see if it’s a web site you’d be interested in joining!

ImLive – The Cam Site For Everyone

So, why exactly is this “the cam site for everyone”? Because there are so many models on there, you won’t be able to choose just one! ImLive thought of a way to solve this, so they became the first cam site to allow people to view up to six cams at once, provided they have the bandwidth for such hardcore tuggin’. This was just one among a long list of improvements implemented on ImLive in the last decade.

The site started way back in 2002 and ever since the beginning, it has been a dedicated cam site. This is why they’ve excelled as much as they have – they focused on one thing and they attracted all the models they could, provided as many shows as they could, on-demand, and supplied the viewer with plenty of variety before they make their pick.

Speaking of variety, ImLive has several types of cams, fully inclusive for the LGBT community. This means that aside from straight solo girls, there are also gay cams, lesbian cams, trans cams and couple cams of all orientations as well as threesomes and groups of all sizes. This ensures that no matter what your sexual orientation, you can stream on ImLive and watch performances that will suit your needs.

Before you even start looking at live cam models on ImLive, you should know that the site hosts over 300,000 recorded shows in an accessible library housing the most notable moments and streams in ImLive history. If you wanna watch any of the galleries or old streams, all you need to do is buy the premium membership and you will have unlimited access to the entire library.

Second of all, I feel like us tuggers need to know more about the search feature on ImLive. This thing is absolutely crazy – it can search by pretty much everything you can think of, even including titty size! Tons of parameters, tons of girls, tons of material. What more could you ask from a cam site?

Turns out, a lot more. ImLive offers its users several more opportunities. Like other cam sites, it has a Cam-to-Cam option that offers two-way communication between the user and the model. Also, each model has a Candy Show (group) option that allows users to enjoy group shows with their favorite models. One of ImLive’s greatest achievements is the ability to create virtual threesomes during their Group Cam shows and who wouldn’t want to be a part of that?

Anyway, ImLive is also fully supported on all mobile devices. This makes the site much easier to use if you want to do it in the privacy of your palm. As it was among the first sites to add mobile compatibility to their list of achievements, ImLive has perfected this and their mobile site works even better than the desktop site.

Anonymity is guaranteed on ImLive – you don’t wanna be tuggin’ to someone and have other members harass you because of your big meat energy.

If you’re gonna watch these shows, you need to know that tokens are required to get a model to do pretty much anything. Begging or demanding won’t work and it will get you banned. Tip and ye shall receive! But, for that, you’re gonna need to sign up for a premium account. Let’s talk about that for a bit.

You can join ImLive 100% free, without even providing your credit card. However, as a free user, you won’t have a large number of options available for premium users.

Thankfully, ImLive is currently offering 30 free credits to all new users who sign-up for free. Be sure to take advantage of this promotion before the seasonal promotions end!

One credit is worth one dollar. It’s that simple. There are several token packages available and the conversion rate stays the same throughout all of them.

The current pricing options for ImLive tokens are as follows:

Once you buy any of these packages, you are credited with the number of credits and marked as a premium member. After that, you can spend those credits on whatever you want – group shows, private performances, specific tasks for the cam model, etc.

Anyway, that’s ImLive. If you were interested in the site during this article, I really hope you go and check it out. There’s always more tuggin’ material to be had at ImLive as it’s a never-ending source of new and original content every single day. If you wanna have a good meat-beating session, you may find you enjoy making models do sexy things in front of you while you’re doing it.

If you feel like that’s something you’d be interested in, check out ImLive for thousands of different but extremely hot babes!