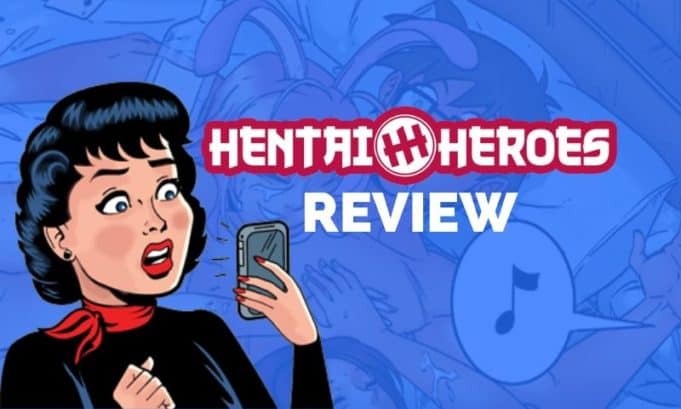 What’s the one thing Japan did (and continues to do) better than anyone else in recent years?

It’s only natural for anime fans to ogle over provocative animated female characters (think Lois from Family Guy or Leela from Futurama!). So having a medium where you can see your favorite animated characters sexualized is a prime reason for hentai’s popularity of course, but also because the artwork is sensational. Additionally, the stories are often insanely funny, and complicated and the girls project a fetishized version of hypersexuality that you simply won’t find anywhere else.

For the first 5 minutes, or so of playtime, you’ll be prompted to click next a few times, each time a new lewd image/scene appears.

Anyway, the game is about collecting girls to join your “Harem” (an entourage of sexy girls). This game is surprisingly very fleshed out so I’m not even gonna try to describe it all, but there’s both a single-player option and an arena where you can, uh, “fuck-battle” your harem girls with other harem girls. Yeah, not your typical browser game.

It’s played only with the mouse, so you have the other hand free for, you know, fun…

Once you start tuggin’ your pole and collecting darlings from all over the map, you’ll eventually start fucking them until they become your (consensual, of course) sex slaves. I know, it sounded weird to me at first, but it’s so immersive and in the end, it’s just a fantastical online game. Anyway, the game itself has several special functions and we’ll talk about them next.

There are several resources that you’ll need to stay alive and play around with the seemingly unlimited amount of lusty animated girls in this game. Usually, they’re gonna be fairly abundant, but if you dig deeper into the game, you’ll find that, in the long run, you start to plan the amounts you use up. When you get the free will to do whatever you want on the map, they run out.

First, is “Energy”, which recharges naturally and can be purchased for gold coins, cash, which your girls earn for you – and the more she loves you, the more she earns! Then there are gold coins which you buy with real money (more on that that later).

The game isn’t complicated, but it does have several buttons to click – Clubs, Adventure, Activities, Market, Harem, as well as links to “GayHarem” (if you’re into that sort of thing), and their social media accounts. There is a Settings button in the top-right corner that has a drop-down menu for anything else you might need. You just need to relax and enjoy all the special cameos done by popular Japanese cartoon characters – and their deviant sexual acts in comparison to your even-more-deviant chasing of schoolgirls down the hall because they want you to fuck them in the most devious ways possible!

You choose a path and then you click Next or make simple choices while tuggin’ your man meat. That’s pretty much it. Nothing complicated, and yet so addictive that it might make you want to spend money on it! Speaking of which…

You should know that you can completely enjoy HentaiHeroes 100% free – this is not a pay-to-play game! However, for those that want to take it one step further, there is always the premium option.

HentaiHeroes accepts their payments through major credit cards and PaySafe cards. Also, they accept multiple types of cryptocurrency including Bitcoin, Bitcoin Cash, Etherium, Litecoin, Ripple, Dash, and Dogecoin. They only accept cryptocurrency in purchases over $100 and they have specific instructions in-game on how to complete the payment at the best rate in the game!

HentaiHeroes offers extensive choices for in-game purchases to their players. First of all, they sell gold coins (Kobans) as in-game currency. If you’re paying by credit card, you have the following options:

If you prefer to pay with a Paysafe card, you pay the same, but you don’t have access to the smallest 5-euro/5-dollar package.

Also, HentaiHeroes has a Silver & Gold monthly card which you can buy with a credit card. Right now, they’re offering them to me in the game at 2.99 euros and 9.99 euros respectively, down from 21, and 64. If this is a discount, it’s way too cheap, and it gives you a gigantic advantage if you wanna play like you tug – hardcore!

So what are you waiting for?

Go check it out, what have you got to lose?! Be sure to tell’em Tugger Cox sent you on the forums!