Home Adult Dating Ashley Madison Review: Is It Legit Or A Scam? 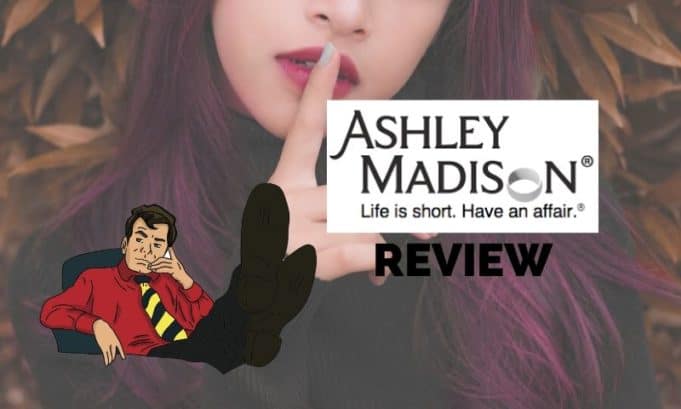 Or, say you finally need some personal touch and the feel of a hot babe’s skin against yours. Say you wanna fall in love. What do you do then? Can’t tug your way out of it, can you? Many have tried, friend, few have succeeded.

This is where Ashley Madison comes in. To help all those that need to find some connection or love in their life – under any circumstances! This means that even if you’re married, you can use the site to find someone to have an affair with. In fact, this is Ashley Madison’s main selling point and one that brought it infamy a few years ago. Moreover, this is a dating site, so you should still be careful, but out of all the dating sites on the internet, Ashley Madison has been confirmed to be legit not just by its users and owners, but by the worldwide media and politicians. Y’know, seeing as they were involved in the scandals.

So, now that we’ve established that it’s not a scam, let’s venture a little deeper, shall we?

What Is Ashley Madison?

So, who is Ashley Madison?

In 2001, someone had the bright idea of launching a dating site where married people could cheat on their spouses and keep it a secret. This quickly turned into Ashley Madison and the site hasn’t stopped growing ever since. People just… like having affairs, I guess! It has millions of members and that’s been the case for the past decade.

In 2015, some hackers found their way into Ashley Madison and stole the user list, making it public shortly afterward. On this list were various celebrities, politicians and public figures which of course, turned into a political clusterfuck. Because we’re not here to debate politics, you’d probably like to know if this type of security still exists at Ashley Madison and the answer is – no.

Is It Safe Now?

Immediately Ashley Madison was hacked, the site used its resources and power to develop a far better security system than the previous one. This includes a short but reformed registration process with several questions. This process takes about the same as when compared with other sites, but it’s still gonna be worth it when you realize that it’s very likely both you and the person you want to meet won’t want their personal information out before or after meeting! As we all know, discretion is a huge bonus when trying to start an affair. Hey, I’m not one to judge!

Anyway, Ashley Madison is more than just scandal and controversy. Love is born and dies on this site and it gives everyone an equal shot, even guaranteeing success or your money back! Seriously, Ashley Madison is the only dating site that has an ‘Affair guarantee’. You pay them $200 for a three-month subscription and if you don’t meet anyone in person for three months, they refund the money! If that’s not confidence in your capabilities, I don’t know what is!

First of all, let’s make one thing clear – things more advanced than a free account on this site work by spending credits. Spend credits, message a member. Spend credits, send gifts. You get the drill. This, of course, means that you won’t do much without getting their premium.

Anyway, those are also Ashley Madison’s main features – emailing members, sending them gifts, chatting with them through the site’s instant message system. It sounds pretty simple, but its simplicity lets you have access to exactly who you want to find.

Another aspect of Ashley Madison is its devotion to privacy. This is why the site has features such as blurring out your photos, concealing your information, safeguarding your personal information and allowing you to maintain complete anonymity.

The site is well designed and very intuitive – you shouldn’t have a problem with the interface. Most people on Ashley Madison are middle-aged and if they haven’t had trouble finding someone to have an affair with, you won’t either.

Note that you’ll be asked about your relationship status when signing up. That’s the whole vibe of the site so it’s only fair that everyone is on a level playing field before playing. Other than that, you can maintain pretty much complete anonymity, even if the image blur effect doesn’t do much to conceal your identity if your face is the only thing in the picture.

Play it smart, put on a mask and for tuggin’s sake, please don’t put identifiable features like scars or tattoos in your profiles. That’s the best tip I can give you for bedding an Ashley Madison babe. Anyway, to do that, you’ll need to pay up. Let’s check that out.

The premiums at Ashley Madison depend on who you ask. For women, membership is completely free. No payment is necessary. For men, it’s a bit different. See, there are very few women on dating sites, but the sites are always swarming with men. This brings in a bit of balance as the men that don’t want to pay (or participate in such blatant inequality!) don’t sign up, while women have nothing to lose and sign up in greater numbers.

Anyway, let’s go over what you can pay with at Ashley Madison. As always, you can use a credit card, but you can also use PayPal, money transfer, Western Union and even mail and courier!

First, you’ll need credits. Credits are the currency of Ashley Madison and they are spent pretty quickly. It costs credits to message members for the first time, instant message them or buy members Ashley gifts. You’ll get some credits when you get your premium account.

After you pick a plan, all you have to do is refill credits if you need them. Even with a basic package you still have enough to contact more than one person, but if you need more, Ashley Madison will provide – automatically, if you’re not careful with the subscription. 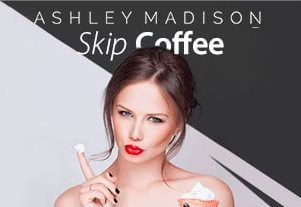 The big question that is possibly still on your mind is, does Ashley Madison work?

I’ll be the first person to admit that I was highly skeptical of this website before I gave it a shot for myself. Most adult hookup sites are complete scams and I’ve been tricked by several in the past.

Ashley Madison is one of two hookup sites that I can personally vouch for, the second being Adult Friend Finder (which I’ve reviewed here).

Ashley Madison has helped me meet several friends with benefits, one of them I still keep in touch with today (shout-out to Jessica 😉).

Many of the girls I’ve met on Ashley Madison weren’t cheating either. It seems to be fairly common to meet single people on this website as well, or at least that’s been my experience.

That being said, several of the women I’ve met through this site made it clear that they had a significant other. Therefore extra precautions needed to be taken. Luckily, I’m not in a relationship so I’ve just invited women to my place and avoided hotel/motel costs altogether.

All things considered, I’m very satisfied with Ashley Madison. It’s been well worth the investment.

So there you have it tuggers – if you wanna meet someone on Ashley Madison, make sure you have your profile filled out properly, your pictures blurred out and your pants ready to come off because this site cares deeply about your blue balls and will do its damndest to empty them onto a random cheating wife from its userbase!