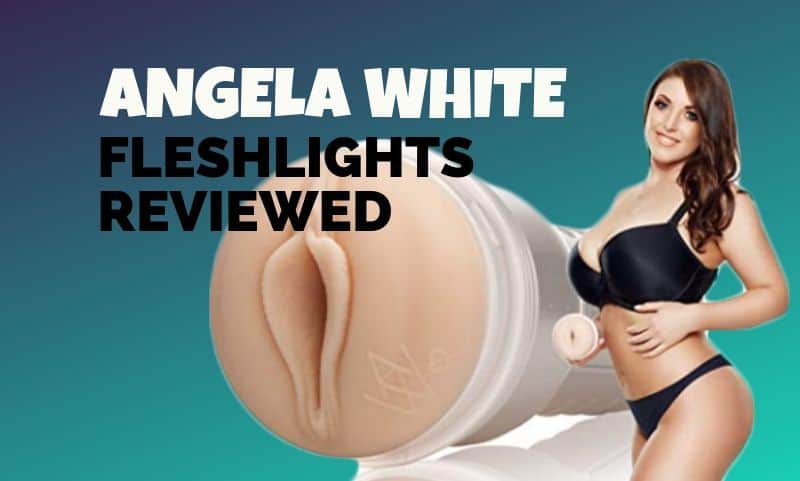 Believe it or not, Angela White’s Fleshlight was so well received by fans that it actually won the 2018 AVN award for “Most Amazing Sex Toy”. Needless to say, I had to put AVN’s claims to the test to see what all of the fuss was about.

This stunning, busty brunette became the first Australian Fleshlight Girl back in 2014. Thanks to Fleshlight, everyone across the planet is now able to experience how Angela White might feel like and trust me, it’s something every man should experience at least once!

With that in mind, it’s time dig a bit deeper and check out exactly what this Fleshlight has in store for you. From the comfortable, yet tight “Indulge” lady sleeve texture, right to the specially designed “Entice” sleeve that perfectly replicates Angela White’s booty-hole.

Quick side note: We were lucky enough to get a sitewide 10% off discount code from Fleshlight to share with our readers.

To take advantage of this discount, simply click the button below and use code: “TUGBRO10” at checkout for 10% off sitewide.

Who Is Angela White?

Before I dive into the review, here are a few interesting facts about Angela White & her history with Fleshlight.

She’s also won many prestigious awards in the industry. Namely, she is a two-time winner of the AVN Female Performer of the Year award. With the kind of resume she’s managed to build in such a short time, there should be no surprise as to why this beautiful, busty babe was chosen to be a Fleshlight model. 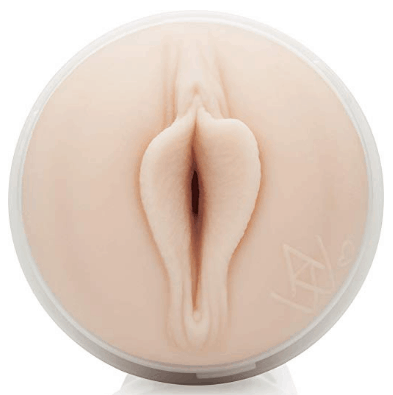 The fact that this toy won AVN’s most amazing sex toy in 2018 should speak volumes to its quality and the overall enjoyment it provides. So, what is it about this sleeve that makes it stand above all the rest?…

I’ve been told that no Fleshlight will ever be able to replace the real thing but, I’m inclined to disagree. Angela’s “Indulge” sleeve is heavenly and will surely provide a realistic feeling, leaving no man unfulfilled.

How Does It Feel?

You should now be able to visualize what it feels like to stick your Tug muscle inside this sleeve but if you want my expert opinion… IT FEELS AMAZING!

The combination of large bumps and smaller ribs will ensure that you have some diverse and special TugTime. I was left nearly speechless the first time I played with this wonderful Fleshlight.

Also, the waves and hourglass shape somehow manage to stimulate your willy right from the start! That’s why Angela White Indulge Sleeve is one of the most amazing sleeves when it comes to providing a hyper-realistic feeling.

Get Your Own Today! 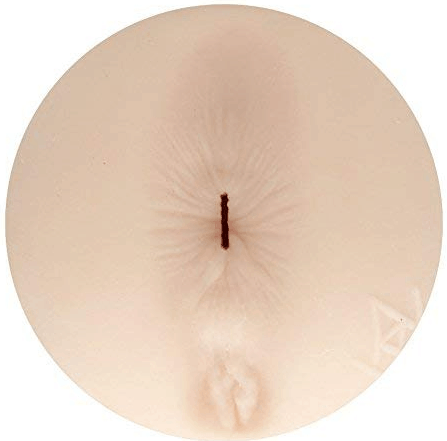 Now, for those more inclined to enter through the backdoor, Angela White’s Entice sleeve will be a special treat. The entire texture of the Entice’s canal is specially designed with the image of Fleshlight’s popular “Twisted Canal” in mind. So, we can safely assume that Angela White’s Entice texture is a better and more comfortable canal that will essentially gobble up your penis and twist it around as it gets massaged.

So, what exactly happens in the main canal? Let’s find out.

Right from the start, and all the way up to the end of the sleeve, there’s a distinctive spiral-rib texture. Now, this spiral rib texture is covered with 23 bumps that go on for its entire length. These 23 cube-shaped bumps are placed on the ribs that wind four times through the main canal.

Also, between the spiral-ribs, there are 10 big bumps that are specially designed to massage your penis, creating the most intensive feeling possible. However, these bumps are running contrary to the spiral-rib which will create a double helix texture.

Now, not everyone will be suited for this kind of feeling especially because it’s so intensive and requires a rock-hard erection. But, we are not here to judge or to talk about erections, we are here to discuss the Entice sleeve.

Anyhow, as your penis enters the canal, the texture will slowly, yet firmly embrace the whole penis head and shaft. Once you’re in, there’s no going back until you reach the maximum length.

How Does It Feel? 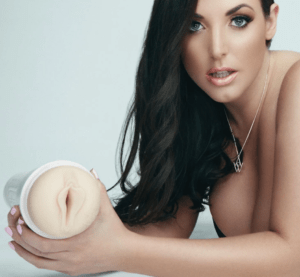 On my first try, I must say, this sleeve was a bit too intense for me and it almost felt like someone was biting on my Johnson. But, however, once you get a hold of it, it turns into something totally different. There is no word to describe the feeling when you enter this sleeve other than… intense.

The combination of twisted ribs, donut-shaped bumps, and cube-shaped bumps is definitely more than enough to provide you with the definitive Angela White experience.

Get You Own Today!

Guys, don’t just take my word for it. Here’s what some other users had to say about Angela White’s Fleshlights:

“This Fleshlight sleeve is my absolute favorite. It’s very stimulating and incredibly tight. The texture itself is one of the simpler ones, however, depending on how you hold it, the feeling is distinctly different.”

“My favorite! Honestly, this is one of the best purchases I’ve ever made. The sensation is absolutely incredible. It’s so soft and luscious upon entering, with gentle pulling and tugging throughout that makes for a spectacular finish. It’s also quite easy to clean and maintain. I’d definitely recommend this.”

Anyways, my absolute favorite review was written by Matthew T who wrote:

To read more user reviews and see where I found the ones you just read above, simply click the button below. 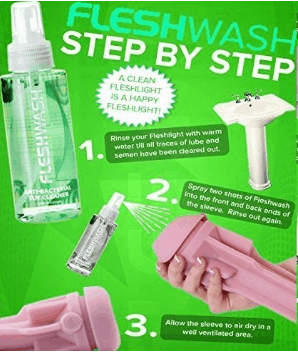 As you may suspect, the cleaning process is a huge pain in the ass. Well, it’s not that much trouble, but it isn’t easy to clean this Fleshlight without the proper tools. Because there are plenty of bumps and ribs and narrow spaces, it is highly recommendable to use as much water as you can. Rinse everything twice and never leave any area unscrubbed.

It sounds tough, doesn’t it? Well, you can employ some help from Fleshlight’s own Product Care Kit

These cleaning supplies are made with Fleshlight products in mind and you’ll find no better option for ensuring your toy is thoroughly cleaned and feeling brand new for each consecutive use.

There you have it! The Angela White Fleshlight is definitely the choice for you if you want a more hardcore, intense fleshlight that goes far beyond the status quo.

Click here to save 16% on your purchase with the Angela White Indulge Combo. (includes the indulge plus all the must-have Fleshlight accessories)